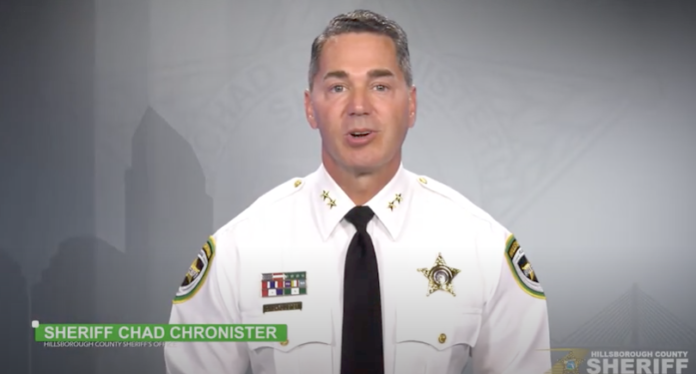 A total of 17 inmates have become the first group of graduates from the newly opened Hillsborough County Sheriff’s Office Vocational Training Center.

The facility offers inmates at the Falkenburg Road Jail an opportunity to learn a trade in hopes of finding gainful employment upon release. The Vocational Training Center originally opened in March, but due to COVID-19, the start of classes was delayed until October for the safety of inmates and staff

The classes, which include welding, carpentry, forklift operation and basic automotive services, are taught by instructors from Hillsborough County Public Schools and Hillsborough Technical College.

During a small, socially distanced graduation ceremony on Wednesday night, December 2, the inmates who completed the program received a certificate in their chosen field.

One inmate recently released notified his instructors that he has already landed a job at a tire shop.

“I’m incredibly proud to see the progress these inmates have made in such a short amount of time, and I’m hopeful that by offering the chance to learn a trade, these individuals will use their new skillset to become productive members of our community after finishing their sentences,” said Sheriff Chad Chronister. “This is a huge step in our detention facility towards reducing recidivism.”

“Since stepping into my role as Sheriff, I’ve always said, we cannot arrest our way out of crime,” said Sheriff Chronister. “One of my first priorities as Sheriff was to create a holistic approach to reduce the rate of recidivism in our community.”

“This vocational training program is part of a groundbreaking approach to reduce recidivism,” said Sheriff Chronister. “Inmates, who complete the curriculum, will leave with a certificate in their chosen field. They’ll also receive help on how to build a resume so that they can apply for jobs and interview with prospective employers. Most importantly, they will have the skills necessary to gain employment, so they don’t have to return to the life they once lived.”