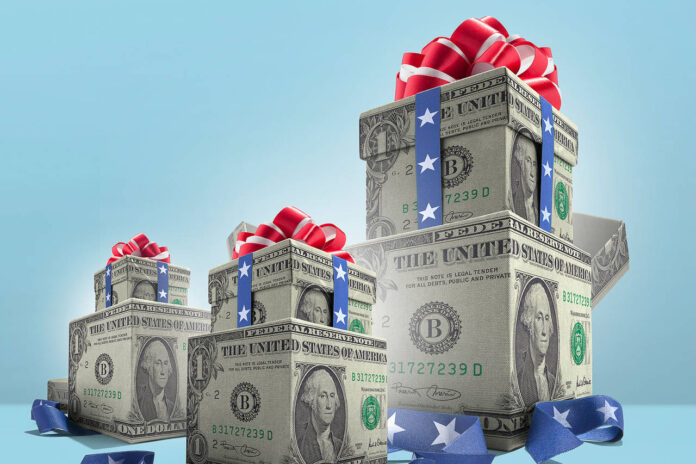 State Representative Randy Fine (R-Palm Bay) has proposed legislature cutting millions from Florida students and others under the premise that “With a multi-billion dollar projected budget deficit, Florida can no longer afford to spend $45 million a year on college and university subsidies…”

Contrary to that point however, he believes that those same tax dollars should be used to fund private 501(c)(3) organizations. He has filed HB 2673, a bill that funds a private charity that he used for numerous campaign events during his most recent election.

In violation of federal tax laws, Fine used the charity Farm Share to distribute nearly expiring food to those in need in the community, while campaigning at the same event. Fine was seen on his own Facebook live videos wearing campaign propaganda at the events. He often titled the events as his own, not even mentioning the charity responsible in the name of the events.

Since the election, he has held only one event like it in over 3 months verses weekly during campaign season, although the same need for the community he exploited has increased.

According to his bill, Farm Share has requested over $7 million in government funding, with 45.5% coming from the federal government and 41.7% coming from Florida tax payers.

When asked is this a multi-year project requiring funding from the state for more than one year, he answered yes, and then acknowledged the following year’s request would be in excess of $10 million.

Here is a breakdown of exactly how the funds will be spent, to include the organization’s salaries.

Fine seems to be ok with making cuts in education as a tough decision, yet at the same time give those same tax dollars away to private organizations that helped him get elected. Although the charity is for a good cause, as most are, Fine has yet to file any legislature whatsoever to actually combat the root cause of the problem that makes charities like these necessary.

In fact, he has not filed anything related to combating Covid-19 or addressing the state’s unemployment problems at all.

He did use one of his 6 allowed bills however to make it mandatory for students to have a moment of silence in school. Maybe during those moments, they can think about the money he is cutting from them and then giving to his supporters.

In 2018, Fine called local politicians “corrupt” for spending $5 million on AstroTurf at Viera Regional Park for kids ball fields used every day. According to him, his gift to the charity could have been used to help 3,000 people repair leaky sewage pipes.

The entire request can be viewed here.