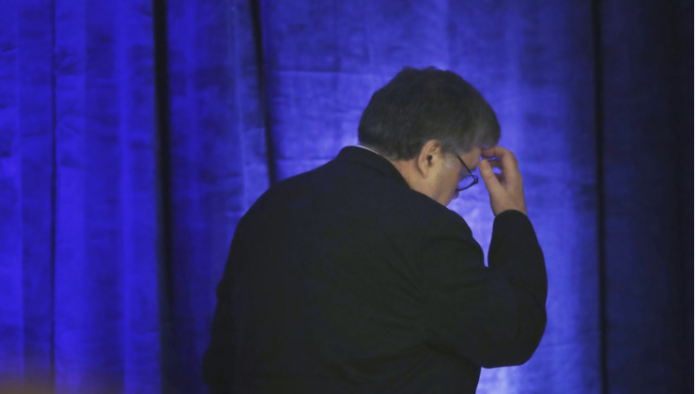 Attorney General William Barr, an outspoken proponent of conservative values and an expansive view of presidential power, will leave office before Christmas, President Trump announced in a tweet Monday afternoon.

Trump said he and Barr had a “very nice meeting” and that their “relationship has been a very good one.”

The announcement came just minutes after the Electoral College gave Joe Biden a majority of its votes Monday, confirming his victory in last month’s election in state-by-state voting that took on added importance this year because of President Donald Trump’s refusal to concede he lost.

California’s 55 electoral votes put Biden over the top, clearing the 270-vote mark that affirmed he will be the nation’s next president.

Earlier this month, Barr said the DOJ found no evidence of widespread election fraud, directly contradicting President Trump’s baseless claims that the election was stolen by Democrats. Ahead of the election, Barr had stood by the president, repeating his unsubstantiated claims that mail-in voting was ripe for fraud.

In less than two years on the job, Barr emerged as perhaps the most divisive attorney general in recent memory for a series of controversial actions, including his handling of special counsel Robert Mueller’s report on the Russia investigation and his repeated false claims about the integrity of mail-in voting.

But his legacy will forever be stamped by his role leading the forceful removal of peaceful protesters from Lafayette Park in the summer of 2020 to clear the way for a presidential photo op in front of a nearby church.