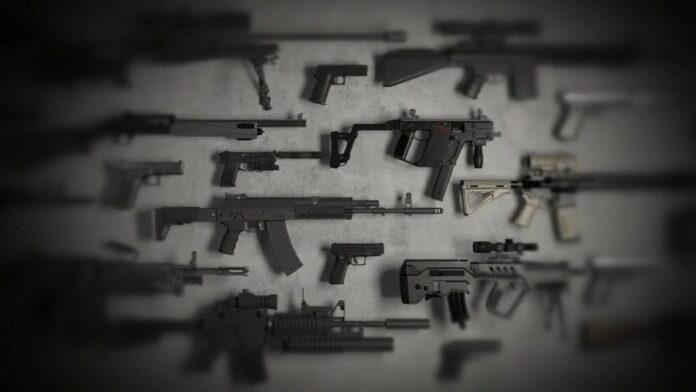 The emerging framework is a major breakthrough in talks following back-to-back mass shootings. Negotiators’ next challenge: writing legislation that can get 60 votes.

In a Sunday morning statement, 10 senators in each party announced support for the deal. Senate Majority Leader Chuck Schumer blessed it, vowing to “put this bill on the floor as soon as possible,” and President Joe Biden said it “would be the most significant gun safety legislation to pass Congress in decades.” The president urged both chambers of Congress to finish the package quickly.

The emerging package is anchored around extra scrutiny for gun buyers under the age of 21, grants to states to implementso-called red flag laws and new spending on mental health treatment and school security. While translating the agreement into legislation will take time, the large group of supportive senators shows that the package could gain 60 votes on the Senate floor before heading to the House.

“Our plan saves lives while also protecting the constitutional rights of law-abiding Americans. We look forward to earning broad, bipartisan support and passing our commonsense proposal into law,” the 20 senators said in their statement.

Sens. Chris Murphy (D-Conn.), John Cornyn (R-Texas), Kyrsten Sinema (D-Ariz.) and Thom Tillis (R-N.C.) are the lead negotiators on the proposal. The most significant piece of the proposal would subject gun buyers 21 and younger to scrutiny of their criminal and mental health records as juveniles. It’s proved tricky to write because each state has different laws governing juvenile records.

A broader bipartisan group has held its own regular meetings on guns over the past three weeks since the elementary school shooting in Uvalde, Texas. And with Democrats controlling only 50 Senate seats, the approval of 10 Republicans is critical to moving forward.

“Families are scared, and it is our duty to come together and get something done that will help restore their sense of safety and security in their communities,” the 20 senators said.

In addition to provisions on red flag laws, which allow law enforcement to seek temporary removal of firearms from an individual who is a threat to himself or others, the package also would close what’s known as the “boyfriend loophole” by broadening firearms restrictions on those who have abused their romantic partners.

The package also aims to crack down on straw purchasers and illegal unlicensed firearms dealers, according to a summary of the agreement.

The emerging framework comes nearly three weeks after 19 children and two teachers died in the Uvalde shooting. The killings in Texas occurred roughly a week after a racist mass shooter killed 10 people at a supermarket in Buffalo, N.Y. March for Our Lives, a gun safety group founded after the 2018 school shooting in Parkland, Fla., held nationwide demonstrations on Saturday urging Congress to address gun violence.

“Each day that passes, more children are killed in this country: the sooner it comes to my desk, the sooner I can sign it, and the sooner we can use these measures to save lives,” Biden said Sunday.

While Sunday’s announcement is a major breakthrough, translating a framework into an actual bill often proves challenging. During last year’s bipartisan infrastructure negotiations, for example, more than six weeks passed between negotiators’ announcement of a framework and Senate passage of the resulting bill. And a GOP aide involved in the negotiations stressed that Sunday’s agreement was an “agreement on principles, not legislative text.”

“The details will be critical for Republicans, particularly the firearms-related provisions,” the aide warned. “One or more of these principles could be dropped if text is not agreed to.”

While the nascent framework is modest compared to Democrats’ long-running push for expanded background checks, it could result in a high-water mark for GOP support for any level of gun restrictions. And at the moment, it’s the closest the chamber’s been to a broader gun safety deal since 2013, when Manchin and Toomey wrote bipartisan legislation in response to the 2012 mass shooting at Sandy Hook Elementary School.

“After an unrelenting wave of gun-related suicides and homicides, including mass shootings, the Senate is poised to act on commonsense reforms to protect Americans where they live, where they shop, and where they learn. We must move swiftly to advance this legislation because if a single life can be saved it is worth the effort,” Schumer said in his statement on Sunday.

Most Republicans and a handful of Democrats blocked the Manchin-Toomey legislation. And while the Senate tried again in 2019 to reach a deal after mass shootings in El Paso, Texas, and Dayton, Ohio, then-President Donald Trump disengaged amid the House impeachment inquiry. The most significant recent new gun law came from Murphy and Cornyn, which strengthened the background check system.

This time around, Democrats would have preferred to expand background checks to more prospective gun buyers and ban assault rifles, though those moves lack the necessary support among Republicans. A handful of Republicans are supportive of raising the age to purchase assault rifles to 21, something Senate Minority Leader Mitch McConnell has expressed personal openness to, but neither McConnell nor Cornyn have pushed that as part of the package, and the idea may not get the 60 votes needed to survive a GOP filibuster.

Given those challenging dynamics, Senate Democratic leaders are willing to take a more modest deal than the sweeping restrictions most in Biden’s party support.

Any legislation on the Senate floor may be subject to amendments, provided the bipartisan group can complete legislative text and lock in the 60 votes needed to start debate. After two more weeks in session, Congress is currently scheduled to take a two-week break on June 24.

By BURGESS EVERETT and MARIANNE LEVINE

She smeared blood on herself and played dead: 11-year-old reveals chilling details of the massacre