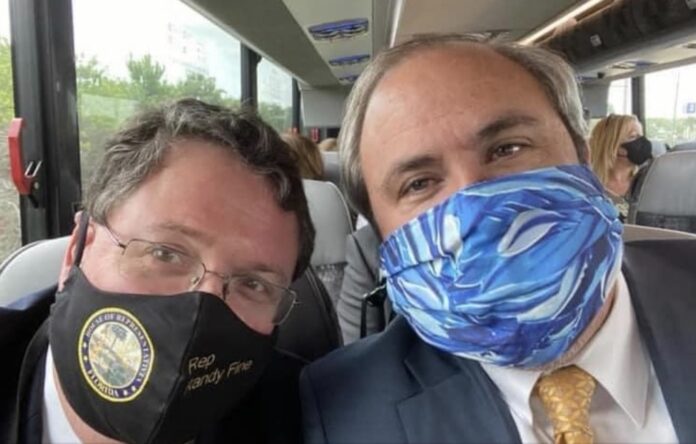 A male Republican Party of Florida employee has accused party Chairman  and Florida Senator Joe Gruters of sexual harassment, but it’s unclear if the complaint is still part of an active investigation, with Gruters saying he’s “unaware of any open investigations against me.”

State Representative Randy Fine states that he and Gruters are “best friends” and reportedly have been roommates together while in legislative session in Tallahassee.

“The Republican Party of Florida (RPOF) has a zero tolerance policy toward harassment of any kind,” Republican Party of Florida Executive Director Helen Aguirre Ferre said in a statement. “Any complaint RPOF receives regarding harassment towards its employees or members is taken very seriously and thoroughly reviewed in accordance with RPOF internal HR policies and all applicable laws and regulations.”

The party did not provide details about the complaint, including whether it has been investigated and closed.

“I fully agree with the statement from the RPOF and agree with its sentiment,” Gruters said in a statement. “I am unaware of any open investigations against me. Whether it is me or any member of the Party, we take these matters seriously and treat them with the utmost respect.”

Gruters was heavily involved in Brevard County Politics last year on behalf of Randy Fine. Gruters sent out a personal robocall in campaigning for Fine against his Republican primary opponent Marcie Adkins right before the election. Gruters falsely accused Adkins of being a liberal democrat, and did so using his position as the chair of the State Republican Party. The move, along with mailers sent out alleging the same is thought to have cost Adkins the election.

Gruters and Fine were also together in filing a bill to stop state and local governments from doing business with some of the conservative movement’s top enemies: Facebook, Google, Twitter, Apple, Amazon and the People’s Republic of China.

Florida Politics was first to report the complaint against Gruters. Florida GOP Vice Chairman Christian Ziegler, said in a statement to Politico that “The Republican Party of Florida takes all allegations of harassment of any kind seriously and do full investigations, whatever the allegations.”

Politico reported that the complaint against Gruters stems “from an evening at a Tallahassee bar during the 2021 legislative session.”

“Sources say a male aide offered to drive Gruters home from the bar and at some point Gruters allegedly sexually harassed the aide,” according to the Politico report.

POLITICO reports that rumors that the Republican Party was investigating Gruters first started spreading in Tallahassee circles earlier this month, but became more widespread Sunday evening as party executive committee members were told of the probe, which is led by prominent GOP attorney Ben Gibson.

Yet some in the party fault Gibson for not raising the issue during the party’s most recent quarterly meeting last month.

“Gibson knew about it at the last quarterly meeting and did not include it in his report,” said a party official.

Some party executive committee members said they are frustrated that they are just now learning about an ongoing internal party investigation involving their chair, a potential scandal that comes as they gear up for what will be a contentious 2022 election cycle.

“I don’t really have any official details other than what I was told last night, so I’m not sure what to think,” said former state Rep. Matt Caldwell, who serves on the party’s executive committee. “But there are questions I want to answers to.”

Others say they feel the situation resembles, in part, an unrelated cover up led by Jim Greer, who served as chair of the Florida Republican Party from 2006 to 2010 and later pleaded guilty in 2013 to laundering party funds and was sentenced to 18 months in prison.

“It feels like a Greer-style cover up,” said another official.

During Fine’s general election against Democratic opponent Phil Moore, a robo-text message was sent to voters appearing to be from the Boy Scouts of America. According to Florida Today, The Boy Scouts stated that the text message did not come from them, and Phil Moore denied his campaign had anything to do with it.

It happened just days after Fine sent out a robo-text to voters designed to appear to come from Brevard Public Schools, but admitted it was from his campaign against his opponent Moore.