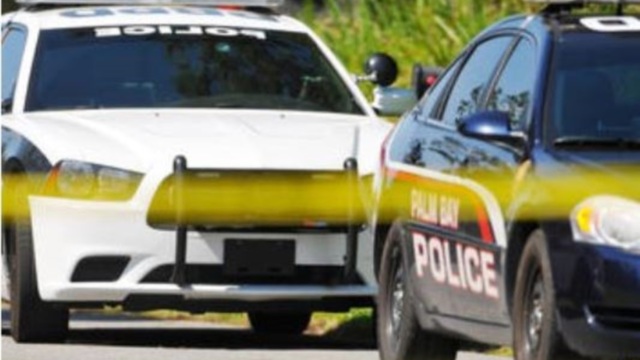 12/28 UPDATE: Police confirm that a total of 6 shots actually hit the victims. The family reported that 33 spent rounds were found around the bodies.

The unrecognizable bodies of two young boys ages 14 and 16, were found by a passerby Christmas evening in an undeveloped area in Palm Bay known as “the Compound.”

One of the boys just recently moved here from New Jersey to be with his mother.

For an unknown reason, the boys, one who lives in Manatee Cove apartments in Melbourne, the other in South East Palm Bay, went with others to the Compound just before dark. They were students at Mel-Hi and Bayside High respectively.

Their bodies were found a short time later just a few yards apart right off the side of the road. The person that found them reportedly noticed blood on the road as they were passing by. According to the mother of one of the victims, 33 shell casings were found around their bodies from a semi-automatic weapon.

The family of Jeremiah released the following statement.

“Jeremiah had a short but well-lived life. The second child of five children. Isaiah, Jeremiah and Elijah were called the Bible brothers. Jeremiah was very kind, loving and respectful. We as a Christian family trust God for a speedy resolution for this case. We pray for the person or persons that committed this heinous act. Buying a gun is easier than buying a pack of gum from a grocery store. Jeremiah Brown came from a family of love not hate. He was on the family prayer line every third Sunday youth in action,” the message read.

Palm Bay Police are currently investigating the double homicide. Anyone with any information is encouraged to call the Palm Bay Police or contact Crimeline at 1-800-423-TIPS.

The Compound is an undeveloped area in South West Palm Bay often used by others for recreational purposes with ATV’s, dirt-bikes, mudding, shooting, etc.  There are several social media groups and channels dedicated to activities there.

The area known as The Compound is not zoned as a recreation area open to the public. Even though nearly all The Compound is privately owned, the area has been increasingly used, illegally, as a popular spot for recreational outdoor activities. This misconception has led to an increase in illegal activity in the area.

Besides the recreational activities that occur, The Compound has been the location of several violent crimes in Palm Bay in the recent years.

On New Year’s Eve morning 2019, at about 8:00 am, officers responded to the area of Wingham Drive in reference to an unresponsive man lying in the road, later identified as 19-year-old Brennan Navarre. Due to the significance of his injuries, he was transported to a local hospital by Life Flight. Michael Hoffa was later charged with Attempted Murder, Robbery with a Deadly Weapon, and Kidnapping.

In 2016, Palm Bay Police restricted access to the Compound for 10 days after a spike in reckless driving this year, barring the area from drivers of ATVs and other off-road vehicles. An August 2016 crash between a sedan and pickup truck in which two people were killed after both vehicles failed to stop at an unmarked intersection.