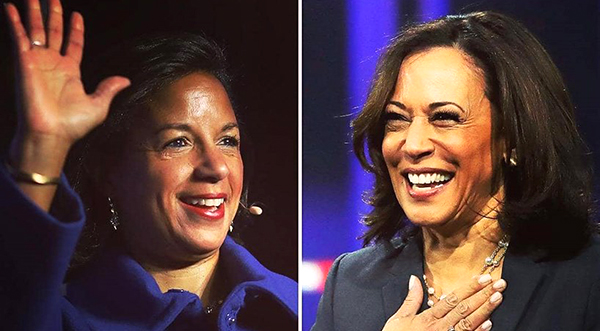 (FOX NEWS) – As presumptive Democratic presidential nominee Joe Biden spends this week at his home in Delaware, holding one-on-one meetings with roughly half-dozen contenders who have made his shortlist for running mate, a new report speculates that the former vice president has narrowed his choices to two candidates.

Those two, according to Biden confidants who spoke with Axios, are Sen. Kamala Harris of California and Susan Rice, who served as national security adviser and ambassador to the United Nations under President Obama’s administration.

Last week, Biden told reporters that he would choose his party’s vice presidential nominee by “the first week in August.”

But a source familiar with the process told Fox News on Monday that “an announcement isn’t likely this week.”

With the Aug. 17 start of the Democratic National Convention nearing, a leading Biden adviser said the former vice president would use the next week or so to “spend some time” with the contenders on the shortlist.