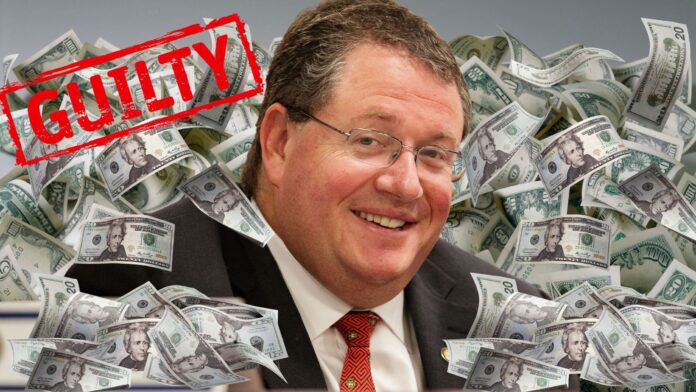 According to the Florida Elections Commission (FEC), on January 12, 2021, a complaint was filed alleging State Representative Randy Fine violated Florida’s election laws. Over a year and a half later, he has been found guilty of violating Florida Statues 106.19(1)(a) for accepting illegal campaign contributions that exceed the legal limits. This charge is a 1st degree misdemeanor, one step away from a felony charge.

According to the order from the FEC, Randy Fine accepted illegal contributions from Publix during his 2020 reelection campaign. He did not bother to return the illegal contributions until after the election was over. According to his own reports, Fine spent an astounding $335,709.77 as an incumbent to retain his seat in the Florida House of Representatives which pays just over $29,000 salary annually. In contrast, neighboring Representative Tyler Sirois and Thad Altman spent a total of $227,000 combined.

In defense of the crime, Representative Fine hired high-powered attorney Richard Coates of Tallahassee. Richard has been named twice to Florida Trend’s “Legal Elite, and called “one of Florida’s top elections law experts” by the Palm Beach Post. He was also a financial supporter of Governor Ron DeSantis’s opponent for Florida Governor, Adam Putnam.

Coates negotiated an agreement with the FEC on Fine’s behalf which resulted in Fine being able to pay a civil penalty fine of $400. Without the agreement, the FEC could have further pursued a harsher penalty which includes possible jail time. Fine did not bother to even show up to the hearing earlier this month, which was noted by the Commission.

This isn’t the first time Fine has had problems with the campaign finance law. According to FEC records, between his PAC, Friends of Randy Fine, and his campaign account, Fine has been audited over a dozen times for violations, dating all the way back to 2016.

Additionally, as we reported earlier this year, Fine was exposed for spending thousands of dollars of donors money for luxury hotels and trips in Vegas, fine dining, and “entertainment” expenses to a former Tampa Bay Buccaneers cheerleader. On May 18, 2022, the day after our report, Fine held his reelection fundraiser at the Eau Gallie Yacht Club with a very long list of high profile elected officials and others as members of his host committee. Almost none of them actually contributed to his campaign, and Fine reported his lowest donations for a fundraiser ever grossing just over $8,000 according to his own reports. Several elected officials and others asked to be removed from the list on his host committee, stating they never gave him permission to use their names. Satellite Beach Councilwoman Mindy Gibson acted on behalf of Fine to try and get them to stay on the list.

Fine’s own reports also showed that he paid himself over $31,000 for what he labeled vaguely as “expenses.”

Fine now serves on the campaign team for Nathan White who is running for Palm Bay City Council against Palm Bay’s Deputy Mayor Kenny Johnson. Fine hosted a fundraiser for White who has already committed dozens of campaign finance violations himself. Despite Fine’s help and promotion, White was only able to raise just over $1,700 for the fundraiser. Fine also didn’t bother to donate any money himself while asking others to do so. Several investigations are already pending for both Fine and White related to this campaign.