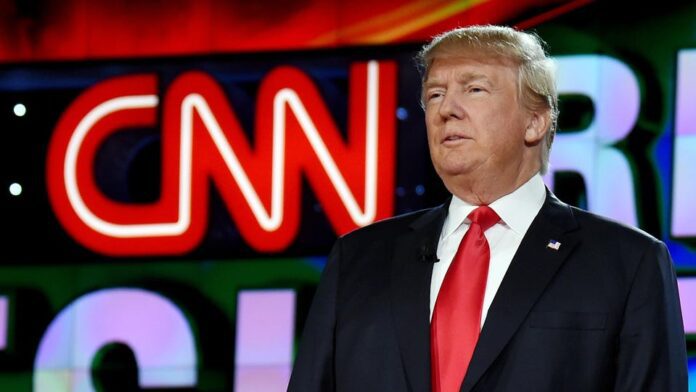 President Donald Trump announced his intent to file lawsuits against several media outlets, including CNN, over their “repeated defamatory statements” against him.

“I have notified CNN of my intent to file a lawsuit over their repeated defamatory statements against me,” Trump wrote via his Save America PAC on Wednesday. “I will also be commencing actions against other media outlets who have defamed me and defrauded the public regarding the overwhelming evidence of fraud throughout the 2020 Election.”

Trump continued, “I will never stop fighting for the truth and for the future of our Country!”

The 282-page notice of intent called upon CNN to publish a “full and fair correction, apology, or retraction” for all of their libelous articles and broadcasts, in accordance with the Florida Statues. In his letter of intent, Trump said CNN, who calls themselves “the most trusted name in news,” broadcast “numerous articles and televised transmissions” with the intent of hurting his presidency and negatively affecting his reelection.

“CNN’s reporting, both before the election, as well as after the election, consistently fed a narrative that denounced President Trump’s legitimacy and competency,” the letter read.

Trump criticized CNN’s coverage of the presidential races from 2016 and 2020.