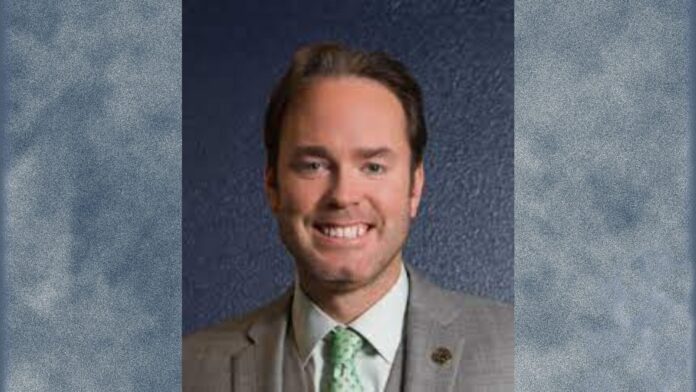 Andrew John Jones was arrested nearly two years ago for statutory rape of a teen girl who was working on his judicial campaign. Today he plead guilty to child abuse and tampering with evidence in a plea deal that avoided him going to jail or being listed as a sex offender.

Jones was accused of engaging in various sex acts with the child in his home in September of 2019.

In the evening of Aug. 16, Seminole County sheriff’s detectives said Andrew Jones had the teen girl, who was not identified in arrest documents, over at his house.

After helping him with campaign work that evening, the teen told investigators that the attorney began “kissing and making out with her and put his arms around her,” the arrest warrant says. Jones and the teen then went upstairs to his bedroom, where they engaged in multiple sex acts, including unprotected sex, according to the warrant.

The next day, while helping Jones with more campaign work, the girl said the judicial candidate asked if she was on birth control and she told him she was not. Jones then drove her to CVS Pharmacy where he bought her the Plan B contraceptive pill, which she took, the warrant said.

Sheriff’s investigators were able to test the teen’s clothing from the night of the alleged sex acts, finding semen on her jeans that matched the DNA profile of Jones, the warrant said.

His guilty plea of two third-degree felonies today have him facing a sentence of two years of community control (house arrest), followed by 8 years of probation.

Jones who was married and has daughters admitted that he “slept with a 17-year-old” after the hearing, but pointed out she was close to her 18th birthday. He admitted he knew she was underage at the time.

He also admitted to destroying evidence, and washing his sheets after the sexual assault.

Zach Stoumbos, an attorney representing the victim, said that while Jones avoided sex offender status or prison through the deal, the case derailed his career and halted what had appeared to bean easy path to winning a Seminole County judicial election.

Jones withdrew days before his 2019 arrest from the 2020 race for Seminole County judge in Group 6, for which he had amassed a war chest of about $170,000 and was seen as the favorite to win. Jones had secured the endorsements of several high power attorney’s and public figures in the Orlando area for the seat.

He previously worked as an Assistant State Attorney for the 18th Judicial Circuit, which includes Seminole County, from 2006 until he resigned in 2012, according to State Attorney’s Officespokesman Todd Brown.

State Attorney Phil Archer requested another prosecutor handle the case citing a personal and professional relationship with Jones’ father who is also an attorney.

Jones is still listed an attorney for his father’s practice, The Law Offices of John Edward Jones in Casselberry, according to The Florida Bar. His father was home asleep at the residence during the sexual assault, according to the arrest warrant.

His victim spoke at the hearing, describing the trauma and nightmares she still suffers from the abuse.

“I have this past that I didn’t chose,” she said. “I remember every detail of the excruciating pain that man caused me.”

“While his life may eventually go back to some semblance of normal, mine never will,” she said. “I’m no longer the same and I never will be because of what he did.”

Jones still has a valid law license, but will reportedly lose it with the felony convictions.