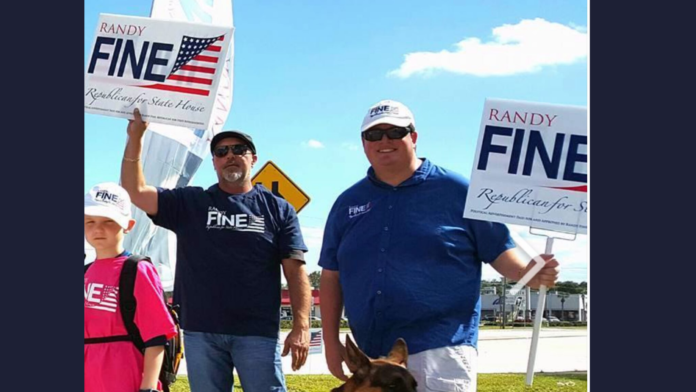 Yesterday, Governor Desantis held a press conference in Juno Beach announcing the signing of HB 1091 which increases fines local municipalities have to pay if there is a sewage leak in their district. The fines, which are ultimately paid by the residents/taxpayers increased 50% under the new bill sponsored by Randy Fine. It was 1 of 2 bills he was able to pass out of the 21 he sponsored. The second bill was to make teaching of the holocaust mandatory in school.

The fines passed by Representative Fine are paid to the state for their general fund to be used for whatever they decide the money should be used for. Essentially this bill takes money from Brevard County and does nothing to actually address the problems with the aging infrastructure which is the root cause. This is why securing funding from the state is so important however, Randy’s bill does exactly the opposite of that.

In contrast, the other two Brevard County Representatives, Thad Altman and Tyler Sirois were able to secure funding for water improvement projects in their districts. Due to the Covid-19 pandemic, the Governor vetoed many acquisition bills which secured funding that were originally passed during the last legislative session. Altman and Sirois’ bills survived the veto, however Fine’s bill was never passed to begin with.

“That’s one’s huge,” Altman said of the funding for the inflow study.

The first phase of the study, expected to conclude in September, is supporting the gathering of baseline information to consider three potential lagoon inflow locations in Brevard and Indian River counties.

According to an article from Florida Today, a $250,000 project to replace the Eau Gallie River Dam also survived DeSantis’ veto, as did $380,000 to convert septic tanks to sewers in Melbourne.

Among other budget “wins” for the lagoon was an additional $325,000 for the St. Lucie County based Ocean Research and Conservation Association’s Kilroy project to expand water quality monitoring in the Indian River Lagoon. That’s on top of the $250,000 the program receives annually, Altman said.

“I’m counting my lucky stars,” Altman added, of how Brevard made out in the state’s budget overall. “I’m real pleased. It was a good year.”

Florida Rep. Tyler Sirois, R-Merritt Island, said he is pleased that two major Brevard County environmental projects sponsored by himself and Florida Sen. Debbie Mayfield survived the governor’s vetoes. Remaining in the budget are $1 million for a septic-to-sewer conversion project for 1,019 homes on Merritt Island, as well as $1 million for a muck-dredging project in Indian Harbour Beach and Satellite Beach.

Other Sirois-sponsored projects that made the budget included $500,000 for a “reentry portal” program that helps people recently released from prison and $190,000 for a housing assistance program targeted for homeless veterans.

Fine’s failures over the last few years to secure funding for his district have in part been the catalyst of him gaining a Republican Primary challenger. Dr. Marcie Adkins, a Republican economist in Grant-Valkaria is challenging Fine August 18th.

In a live interview last night, she stated that she believes part of the reason that her opponent isn’t able to get bills passed is because of his contentious relationships with his peers, and in what she called presenting bills with misleading and inaccurate information to sensationalize them to make headlines.

She stated her number one priority once elected will be focusing on the economy as she will be the only elected law maker with a PhD in economics. “Now more than ever we need someone with the skills and education to guide us through this unprecedented time in our community.”

Fine was also invited to participate in the same online forum which he initially agreed to but then backed out the day before. To date he has not accepted any invitations by independent 3rd parties to debates or forums. A statement from a representative of his campaign stated “why would Fine share the stage with a bigot.” He did not clarify to who or what he was referring, however Fine has stated in the past that anyone who attends forums with people he has called anti-Semitic, are themselves anti-Semetic.

His most recent time taking this position was in a forum focused on the 2nd Amendment which conservative radio host Bill Mick facilitated. Fine has accused Mick of anti-Semitism, racism, and white nationalism and stated anyone who attended the event was anti-Semitic. The event included speakers on the panel that were other elected officials, state representatives, and even Brevard County Sheriff Wayne Ivey.