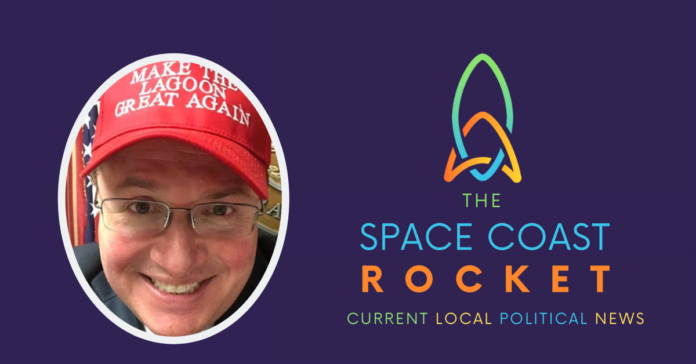 Representative Randy Fine (R-Palm Bay) has refiled a gutted out version of his bill attempting to increase fines on local governments for sewage spills. His 2019 bill failed which sought to increase fines by charging $1/gallon of spilled sewage as a fine paid to the State or force them to allocate $2/gallon to fix the problem that caused the leak. Obviously, it was more likely that given the option, cash-strapped cities would ultimately pay the cheaper fine. Which at the end of the day comes from the taxpayers themselves.

One major criticism of the bill was that if the goal was to force local governments to fix the problem, then why give them a cheaper option to simply pay a fine to the state instead? Fine called the current levels of penalties a joke and most cities consider them just the cost of doing business.

DeSantis in September called for a 50 percent increase in fines for environmental violations. He labeled the existing structure a “slap on the wrist,” noting penalties for sewage spills are capped at $10,000 a day while pollutants are flowing.

Fine took notice and filed HB 1091 which he says ads teeth to the penalties by increasing the fines by 50%. He said this will change the thought process of municipalities. In several Facebook posts in reference to the bill, Fine repeatedly says this will “dramatically” increase the penalties on those who are responsible for sewage leaks.

It turns out the only thing dramatic about the bill is the presentation. To put into context, let’s use a real world example. If the city of Melbourne spilled 1 million gallons of sewage from a line breaking in one day, the current fine would be $10,000. Fine and the governor called that a slap on the wrist, and they are right. Fine’s failed bill last year would have increased the fine to at least $1,000,000 to the city (but actually the tax payers). That increase would be considered dramatic, and also a deterrent. Fine’s current bill now changes that $10,000 fine and “dramatically” increases it by $5,000. That is $985,000 less than what he failed to pass last year. To call that giving the penalty teeth is misleading. It’s baby teeth at best.

The fact is there is no realistic difference between $10,000 and $15,000 in the size of a large city budget. The city of Palm Bay has over a $4.3 BILLION dollar tax base and an annual operational budget of $195 MILLION. To say that $5,000 is going to “change the way they do business” is not based in reality.

If the late fee for a library book is $1, making it $1.50 isn’t going to dramatically eliminate late books being turned in.

However, the toothless bill did pass the house and the senate unanimously. Why wouldn’t it? It really doesn’t do anything other than increase the fines that tax payers end up paying anyway, and the money goes directly to the state instead of towards actually fixing the problem. It’s more free money to the State’s budget for them to spend where they please at the expense of local tax payers. At the end of the day, it’s essentially nothing more than a tax increase and does nothing to fix the lagoon.

And that is the bill.