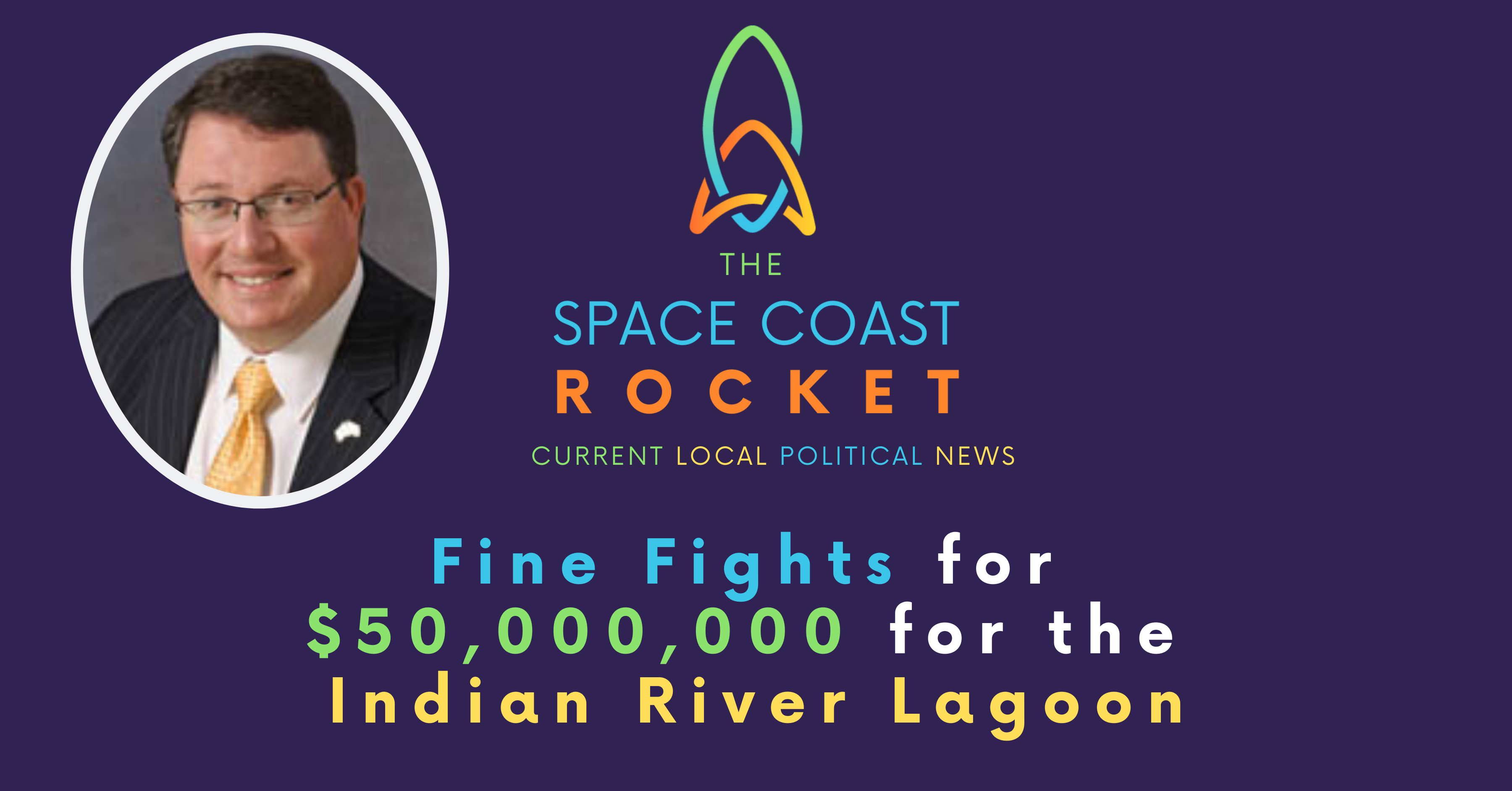 District 53 State Representative Randy Fine’s first bill for this upcoming legislative session is House Bill 153 “Indian River Lagoon (IRL) State Matching Grant Program.” His bill seeks funding from the State of $50,000,000 in the form of 50/50 matching funds to go towards what he says is the core of the problem contributing to the demise of the IRL.

Projects that qualify are ones that upgrade existing sewage treatment plants to higher nutrient removal standards, extend sewer lines to existing developments on septic systems, and to connect homes that are on septic but have a sewer line available to connect to.

The IRL spans across 5 counties in Florida and Fine says its impact is statewide effecting tourism, business, and property values. This is why he says it’s time for the State to get involved.

His bill is off to a great early start through the legislative process. He says:

“The bill has passed its first of three committee stops in the House unanimously.  It still needs to be agendaed and passed out of two additional committees as well as scheduled and heard on the House floor.   It still needs to clear all three committees plus the floor on the Senate side.   We are doing very well from a timing perspective, given Session doesn’t officially begin for two months and very few bills have been heard in any committee at this point, but there is still a lot of work to do.”

Any local funding qualifies for matching funds, but Brevard County has an advantage over others with the passing of the 1/2 cent sales tax. This tax was passed by the voters in 2016 specifically for this purpose and generates approximately $40,000,000 annually to fund projects for the lagoon restoration.

Additionally a bill that Fine got passed 2 years ago which allows for funds from the Tourist Development Tax to be used towards the lagoon also qualify.

HB 153 has a lot of local support. Representatives Altman and Plascencia are cosponsors of the bill.   Officially, the City of Satellite Beach passed a resolution in support, and the Cities of Cocoa, Melbourne, Rockledge, and Cape Canaveral spoke in favor of the bill at its committee hearing this week.  Fine says he is not aware of any officials that oppose it.

When asked how this bill differs from a similar bill he filed last year which did not pass:

“That bill last year included a recurring funding requirement; this one is subject to annual appropriation through the budget.   The bill last year also included dramatically increased fines for illegal raw sewage spills; I plan to file that bill in the next several weeks as a standalone bill.    I broke it into a separate bill in part because the Governor declared that his first legislative priority of the 2020 Legislative Session and that merits a clean bill just on that subject.”

The largest obstacle ahead according to Fine is that although the IRL is an existential problem in our area, it’s not necessarily a priority to those elsewhere in the state. Getting buy-in from legislators outside of our region will be the challenge.