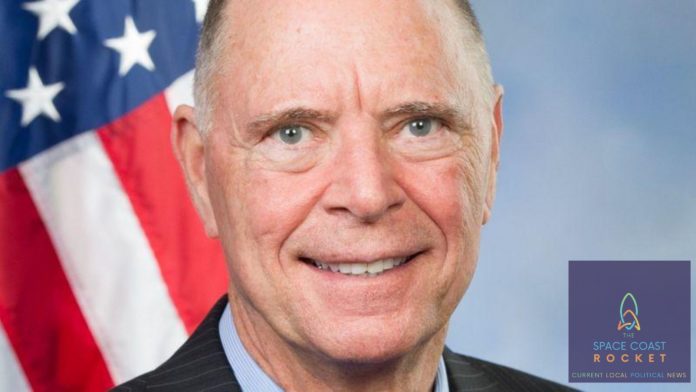 Posey has been a strong advocate and supporter of the President over the last 3 years. He has joined Trump on stage at rallies, and Trump has recognized him by name in the Rose Garden.

Posey’s voting record shows that he votes with Trump positions nearly 90% of the time.

However, what served as ammunition for the first tv ad from Scott Caine’s campaign was a recent vote where Posey was only Republican to sign on as a co-sponsor of House Resolution 908, which deals with “condemning all forms of anti-Asian sentiment as related to COVID-19.”

Caine claims Posey is disloyal to the President.

Caine says, if elected, he will “have President Trump’s back on immigration and the threats we face from China. Integrity was the cornerstone of my military service, and I’ll never turn my back on the commander-in-chief.”

“This is Washington politics at its worst,” Caine said in a statement released by his campaign, referring to Posey’s co-sponsoring House Resolution 908, which was introduced on March 25 by Rep. Grace Meng, D-N.Y., and has 145 Democratic co-sponsors. “Every Republican gets that the Democrats are simply attacking and shaming Republicans and President Trump, while appeasing China and dividing our country.”

the Posey campaign said in a statement: “Mr. Caine’s last-minute, scurrilous attacks on President Trump’s judgment and allies fully expose him as little more than a political wannabe that will do or say anything. Caine’s now-laughable assertion that he is ‘loyal’ to President Trump, while at the same time attacking the president’s endorsed friend and ally, conservative Republican Bill Posey, disqualifies his candidacy and his integrity.”

The Posey campaign said Posey “opposes racial discrimination. The Communist Party of China is our enemy, not our Asian American neighbors.”

Most of the resolution focuses on what it terms a “dramatic increase in reports of hate crimes and incidents against those of Asian descent” this year, as well as “increased use of anti-Asian rhetoric” resulting in “Asian Americans being harassed, assaulted  and scapegoated for the COVID-19 pandemic.”

Caine took to Twitter demanding Posey remove his name from the resolution.