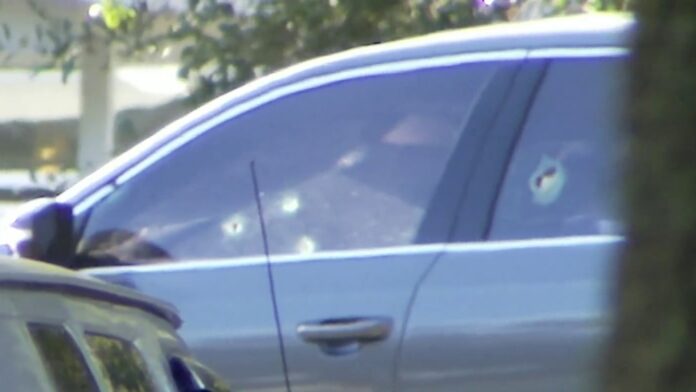 The 18th Judicial Circuit State Attorney’s office announced today that after reviewing the FDLE investigation into the controversial deputy shooting deaths of two cocoa teens last November, there will be no charges filed against the deputy.

The full statement is below.

Today (Apr 21), State Attorney Phil Archer released an twelve page report (below) outlining his decision not to file criminal charges for the use of deadly force by Brevard County Sheriff’s Deputy JAFET SANTIAGO MIRANDA, that resulted in the deaths of 16 year old ANGELO CROOMS and 18 year old SINCERE PIERCE on November 13, 2020, on Stetson Drive in Cocoa.

State Attorney Archer detailed how the evidence and testimony provided by the FDLE and BCSO investigations, held insufficient evidence for the State to prove at trial that Deputy Santiago was not acting in self-defense, a legal justification for the use of deadly force.

In an effort to provide immediate access to materials that supported these findings the FDLE investigative summary, along with the original wide angle video and digitally enhanced in-car camera video from Deputy Santiago’s patrol unit are all available below.

We enourage you to read Archer’s entire statement before forming your opinion.

Below is a copy of the FDLE report.

Dash cam video shows the teens attempting to flee a traffic stop when Deputy Jafet Miranda opens fire into the windshield and passenger windows of the vehicle. The driver and the rear passenger both died of their wounds after the vehicle crashed into the house of the yard that the shooting occured.

Law enforcement reportedly believed the car to be stolen when attempting to stop it, however it turned out not to be the car they were looking for. Just a few minutes before the shooting, the car stopped to pick up a Sincere Pierce just one street over, and home security video shows the deputy vehicle approaching just seconds later. Both Sincere, the rear passenger, and A.J. Crooms the 16 year old driver were shot to death in the vehicle.

The deputy, Jafet Miranda who fired the fatal shots has been on paid administrative leave since the shooting last year. Deputy Miranda had previous felony gun charges himself before becoming a law enforcement officer. BCSO was aware of the charges that stemmed form an armed robbery that Miranda participated in with his now deceased father, but hired him anyway.

More recently however, Miranda was disciplined just last year for making death threats to another Titusville police officer allegedly involved in an affair with his wife who is also an officer for Titusville. Miranda was charged with domestic violence, and child neglect last year in an incident that his daughter captured him choking his wife on cell phone video. The State Attorney’s Office determined there was not enough evidence to obtain a successful prosecution in the case.

Jafet was suspended without pay by BCSO as a result of the incident, then allowed back on full active duty.

Several days after the shooting, BCSO Sheriff Wayne Ivey released a statement along with the dash cam video. Ivey defended the shooting stating “Deputy Santiago-Miranda who was then forced to fire his service weapon in an attempt to stop the deadly threat of the car from crashing into him.”

The teens ignored repeated commands to stop the vehicle.

Below is a view from the angle of the teens persepctive.

The Florida Department of Law Enforcement concluded its investigation into the shooting in February this year, and delivered its results to State Attorney Phil Archer.

The families are represented by high profile civil rights attorney Ben Crump. This announcement comes just one day after the guilty verdict delivered on former officer Dereck Chauvin in the killing of George Floyd.

Pierce’s family has criticized the State Attorney’s Office and FDLE for not communicating with the families during the investigation, however yesterday, Phil Archer’s officer released a statement refuting those claims.

April 20, 2021 Statement on Review Status in Cocoa Use of Deadly Force Incident

On February 10th, 2021, our office announced we had received the Florida Department of Law Enforcement’s investigative report surrounding the November 13, 2020, use of deadly force by Brevard County Deputy Jafet Santiago Miranda resulting in the deaths of Sincere Pierce and Angelo Crooms.

At that time we stated there was no timeline for completion and our office would conduct an exhaustive inquiry into the information provided, as well as pursue any investigative leads or information uncovered during that process. Since then prosecutors have worked diligently toward the completion of that review. We have avoided commenting publicly on the review due to the possibility of creating speculation in the media, as well as the emotional toll this type of commentary takes on everyone touched by this tragedy.

With the receipt of a letter sent to us by the Cocoa City Council yesterday, and today’s press conference by Justice Brevard, we believe it’s important to dispel concerns that our office is unresponsive and hasn’t communicated with the Pierce and Crooms families.

Our attorneys have been communicating with the legal representatives of both families since receiving the FDLE investigation on February 5, 2021. This ongoing line of communication was the result of honoring our legal obligation after we were placed on notice that the families were represented by counsel.

We have reached the final stages of our review and we will continue to maintain our policy of not discussing the case publicly while that process is underway.

Attorney Natalie Jackson who is working with Crump states that they will be requesting a DOJ investigation into this matter.