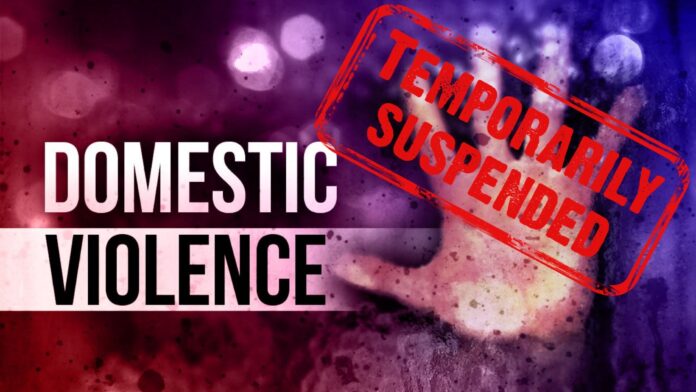 We have obtained the full case report for Deputy Jafet Miranda and the investigation into charges filed by his wife Titusville Police Officer Frances Santiago in April 2020.

Deputy Jafet Santiago Miranda recently shot and killed two teenagers in what he believed was a possible stolen vehicle as they were trying to evade the stop.

During the altercation, the couples daughter stated that Jafet (her dad) hit her in the head accidentally while trying to retrieve his phone form his pocket.

The daughter is reported to had picked up a cell phone off the ground and record the incident which showed Deputy Miranda holding his wife in a side modified choke hold with his right arm while calling 911 with his left hand according to the official report.

The report also states that Officer Francis Santiago (wife) fear of her husband stemmed from an incident which was erported to Jafet’s employer on April 18, 2020. His employer (BCSO) advised him not to go to his wife’s house while he was on suspension as the allegations of violence in which he was the subject, were being investigated.

The threats were directed at the individual his wife was having an affair with and him needing to wear a bullet proof vest, according to the report. This incident of violence he was being investigated for occurred BEFORE the domestic violence charges.


The State Attorney’s Office after reviewing the case determined there was not enough evidence for a successful prosecution to the burden of beyond a reasonable doubt.

Below is a letter from Jafet’s attorney asking for charges to not be filed, and suggesting that the Titusville Police Department was trying to protect “one of their own.”


After the State Attorney’s Office dismissed the case for not being able to prosecute, Brevard County Sheriff’s Office put Deputy Miranda back on full active duty.