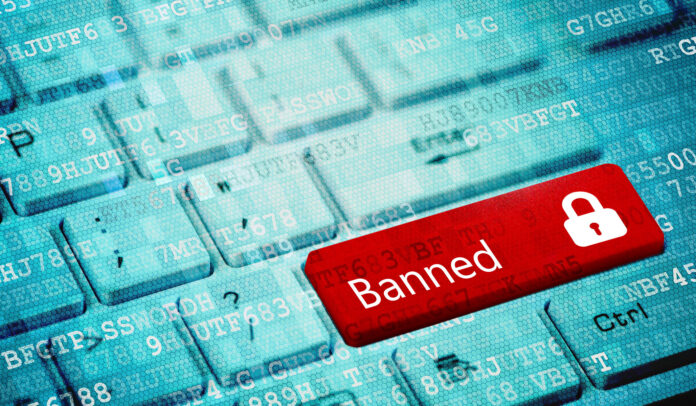 State Representative Randy Fine is under fire once again for violating the 1st Amendment, this time for blocking Brevard Public School Board member Jennifer Jenkins from his Facebook page.

The incident occurred under one of Fine’s Facebook post declaring that there will not be a mask mandate in the state of Florida for “government ran schools.” Fine has taken fire from his base the last week for pleading with people to get the vaccine against Covid-19, telling them to follow the CDC guidelines.

However, late Tuesday, he switched gears when asked directly “will the State follow the CDC guidelines for our children and schools” he simply stated “NO!” He also stated President Joe Biden has blood on his hands now for the changes in mask recommendations.

Fine’s position stands on the premise that he believes decisions about education and health should be made by the parents, and not by politicians. However, at the same time he passed a bill that requires students take 2 minutes of mandatory silence each day to “strengthen their soul” as he stated in one interview with Space Coast Daily. The parents have no say in whether or not their children must observe these moments of silence. Obviously, before such a bill, children were free to observe moments of silence as they please, now it is law that they must.

This prompted a response from newly elected school board member Jennifer Jenkins. Fine has deleted her comments, but a screenshot of the initial comment is below.

Jenkins then went on to ask, “Did you and your wife support masks in school last August or did she lie to our volunteer?”

Last year, Jenkins shockingly defeated Republican incumbent Tina Descovich in a Republican majority district. While leaving the voting polls, Fine’s wife Wendy Fine stated publicly that she voted for Jenkins (a Democrat) because of Descovich’s position on masks in school. Further conversation revealed that the Randy Fine reportedly actively campaigned against Tina behind the scenes to help ensure Jenkins could win in the Republican heavy district. This was obviously something Fine did not want out for all to see as he has recently teamed up with Mom’s for Liberty on other issues, which likely is the main reason for deleting the comments.

Descovich, now the founder of Mom’s for Liberty, was strongly against masks mandates in school early on in the pandemic. The Brevard Public School Board voted 4-1 to approve the mask mandate, with Tina the only vote against. During this time, Fine was in favor of masks in school, amongst other government mandated measures such as beach closures, and travel restrictions. He encouraged the Brevard County Commission to implement restrictions upon the people on several occasions.

After Jenkins asked the question about him and his wife’s position on his page, he promptly banned her from the page, deleting all of her comments, then followed up with private messages to her.

It is important to note that Representative Fine often uses his wife in politically charged press conferences, and even has him speak on his behalf in his absence at official meetings, i.e. last year in June when he wanted the City of Melbourne to name the fireworks event after him for a campaign stunt.

Fine is well known for censuring constituents and suppressing their freedom of speech on his page. He either deletes the comments and bans individuals, or he ‘hides’ the comment so that only the person who made it can see it. He has told Jenkins in the past that her comments were deleted because “the software he uses for his Facebook page” automatically deletes comments with parameters he sets. There is no obvious software that does this upon a simple search, and Facebook reports that it does not allow 3rd party software to manipulate posted content.

Fine was also behind legislation against “Big Tech” for allegedly censoring what he called conservative voices during the election. He actually practices daily what he alleges Facebook does. The difference is, Fine is a part of the government. The purpose of the 1st Amendment is to prohibit government form restricting the people’s freedom of speech. This is exactly what he does, on his official Facebook page. Facebook however, is not the government, but a private company with user agreements and policies which each person must agree to in order to use their services. The legislation is currently being tried in federal court, and has been put on hold by the courts until then.

Fine may have now opened himself up to a lawsuit from Brevard Public Schools, for not only is Jenkins a constituent of his, but she was also commenting in her official capacity as a school board member on policy issues. All of these comments likely fall under public records law, which Fine has now deleted.