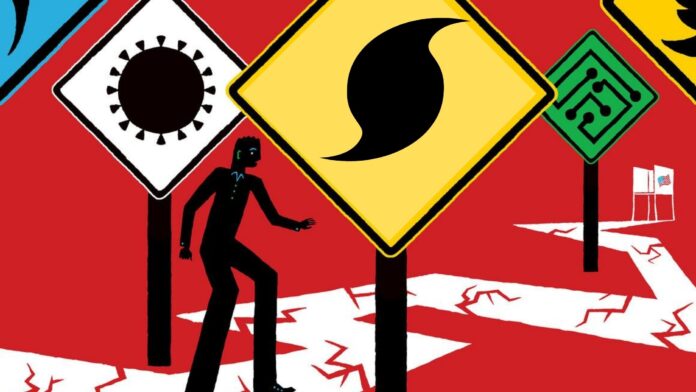 Tropical Depression 11 is forecast to gain strength and should become Tropical Storm Josephine before the day is out, according to the National Hurricane Center’s 5 a.m. update.

TD 11 formed Tuesday afternoon after gaining stronger organization to its center and losing its elongated circulation.

TD 11 has maximum sustained winds of 35 mph, as of the 5 a.m. update. The storm is moving west toward the Caribbean at 15 mph and is about 1,400 miles east, southeast of the northern Leeward Islands.

It is expected to begin turning northwest Wednesday evening. Hurricane models show the storm gradually growing in strength within the next 48 hours, and should accumulate enough energy to become the tenth tropical storm of the year.

This will be the earliest “j” named storm on record.

How will this affect the election?

Across the nation, we are seeing the highest mail ballot requests and votes in history. Much of this is presumed to be due to the Covid-19 virus. However, early voting numbers are down. Early voting for Brevard County started last Saturday, and ends this Saturday at 4pm.

Voters are able to vote at any of the 10 polling stations throughout the County. Most have no line whatsoever. Many voters who do not want to mail in their ballots have the option to come drop off their ballot physically at the early voting locations. Likewise, election day can be stressful, and possibly dangerous this year with voters likely standing in line for up to an hour in close proximity to other voters.

Now with the possibility of a hurricane threatening landfall around that day, we could see the perfect storm for the lowest election day turnout in our recent history.

If a state of emergency is declared in preparation for the hurricane, it is not quite clear how that will affect election day which is August 18th, from 7am to 7pm.

Voters are strongly encouraged to take advantage of early voting opportunities available now to ensure they get the chance to cast their vote, and in the safest way possible.

These are your 10 early voting locations. The hours are from 8-6pm during the week, and 8-4pm on Saturday. You can vote at any location convenient to you.

Republicans are showing a slim lead in overall turnout as of today.

Although Brevard Democrats showed a slight lead in mail ballots, Republicans thus far are turning out for early voting 3 times higher than the dems, although in much smaller numbers overall.