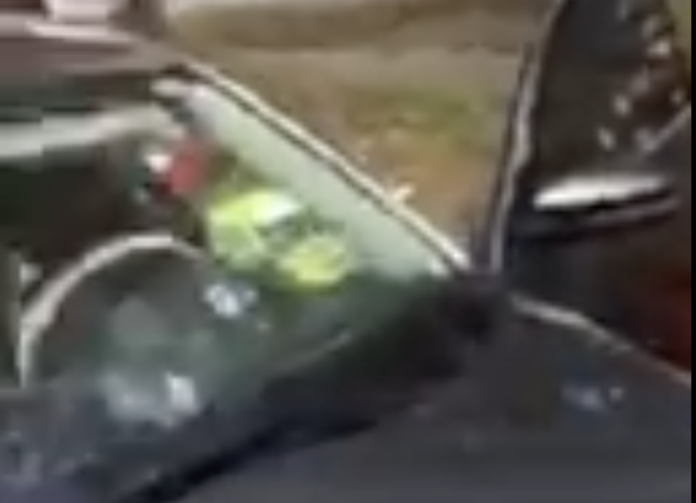 New cell phone video has emerged that was recorded from inside the house that the vehicle 16 year old AJ Crooms was driving rolled into after he was shot and killed by Deputy Jafet Miranda.

This video is graphic and shows life saving measures be taken on one of the victims of the shooting.

One part of the 4 minute video was cut that contained a toddler on the camera inside of the house.

AJ Crooms, and 18 year old passenger Sincere Pierce were killed in the shooting. An unidentified 3rd passenger in the front seat was not injured and has not yet been charged with any crime.

The shooting has been investigated by FDLE and is currently being reviewed by the State Attorney’s Office.

Brevard County Sheriff Wayne Ivey says that the vehicle looked similar to a vehicle that fled from a previous traffic stop and was believed to be stolen. The owner of the vehicle has confirmed to the family that the vehicle was not stolen and that the teens had permission to use it.

It is unclear if the original vehicle from the earlier traffic stop has been located.

It was originally reported that the teens were unarmed, however Sheriff Ivey in his statement said that two firearms were recovered form the scene.

Below is the original dash cam footage from Deputy Jafet’s patrol SUV. Sheriff Ivey states Jafet opened fire on the vehicle to save his own life as the “vehicle turned towards him and accelerated.”