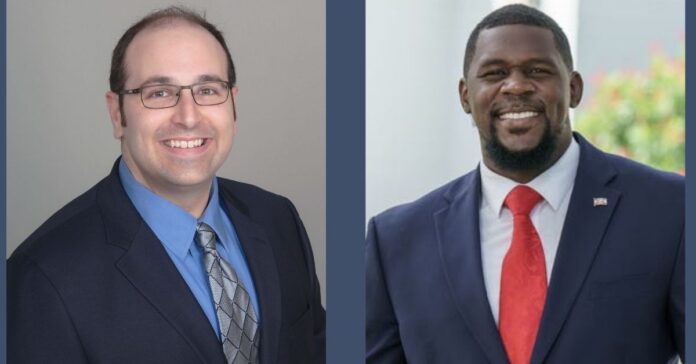 “I am immensely honored and incredibly grateful for the opportunity to serve my community to a greater degree. This appointment is proof positive that the prioritization of genuine care and concern for Brevard County over politics is possible” said Edmond.

Alton Edmond became well known for his bid against Brevard County Sheriff Wayne Ivey earlier this year. Some were surprised by the news learning of the endorsement by Lober of Edmond for the seat, especially since Sheriff Ivey endorsed Lober himself during his campaign for the County Commission.

Edmond, who received the endorsement of Senator Bernie Sanders during his campaign against the Sheriff Ivey, became well known throughout Brevard as a community activist. He organized massive marches and protest after the killing of George Floyd and the death of Gregory Edwards.

Edmond’s events that drew crowds of thousands and support from law enforcement all over the county, criticized Ivey for not showing up to support the community.

State Attorney Phil Archer and Public Defender Tretis who used to be Edmond’s boss, both endorsed Ivey in the race and were quite critical of Edmond.

Lober on the other-hand was mostly quiet. Ivey and Lober were at odds over Lober’s handling of the Covid-19 response as the Chair of the County’s Emergency Management response. Lober eventually was forced to step down as the chair, losing nearly every vote he brought to the Commission 4-1. Ivey then solicited the board to take over the Emergency Management operations completely.

Edmond’s nomination will have to be voted on at this coming County Commission meeting on Tuesday. Lober will have to convince at least 2 other Commissioners to vote for his appointee in order to pass. Lober may pull the nomination all together to avoid the embarrassment of not gaining the votes for his appointment which is normally more of a formality.

Over the past few months, Lober has had growing difficulty gaining the support of his peers on a large percentage of his proposals. His debate skills as an attorney will certainly be put to the test as he tries to overcome the likely opposition he will face with his nomination, should he decide to go forward with it.

Either way it goes, Edmond has shown he is clearly not done.