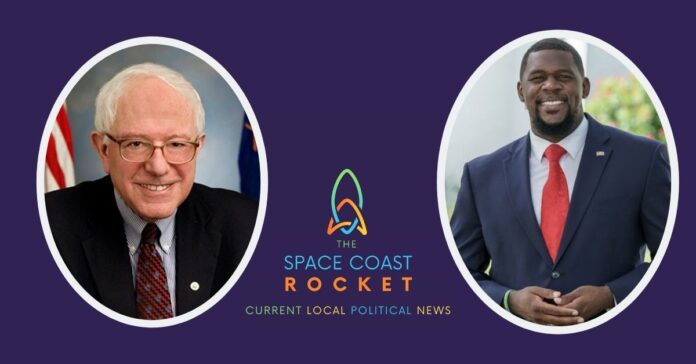 Drawing a lot of attention to one of the most important races in Brevard County, Senator Sanders announced this morning his endorsement of several candidates for sheriff and for state attorney in Florida. One of the candidates receiving an endorsement from Sanders is Brevard’s own Alton Edmond, who is currently running for sheriff against the incumbent Wayne Ivey.

In a press release emailed from his office, Sanders states that his campaign “was never about one election or one candidate” and that he is “proud to endorse these excellent leaders who will make a difference in the lives of Floridians.”

Following this news an official statement from Edmond’s campaign this afternoon says that “As a champion of accountability & equal justice for all, I’m thrilled to announce Senator Bernie Sanders has endorsed me for Brevard County Sheriff.” Edmond goes on to say that “My vision for Brevard is one of community & law enforcement working together to solve the issues affecting our community.”

We reached out to Edmond’s campaign for further comment and were provided with the following statement: “I am grateful that my campaign centered around policing reform and community policing is getting national attention from NBC, Yahoo News, and now a US Senator and former candidate for the highest office in the land. I couldn’t be more proud of the progress that this campaign has made in such a short amount of time. I am so very thankful for the opportunity to run, and for the opportunity to serve.”

The race to be the next Brevard County Sheriff is certainly a race to watch, and we will be following it closely. Stick with The Space Coast Rocket for the latest news on this and other topics important to the citizens of Brevard County.