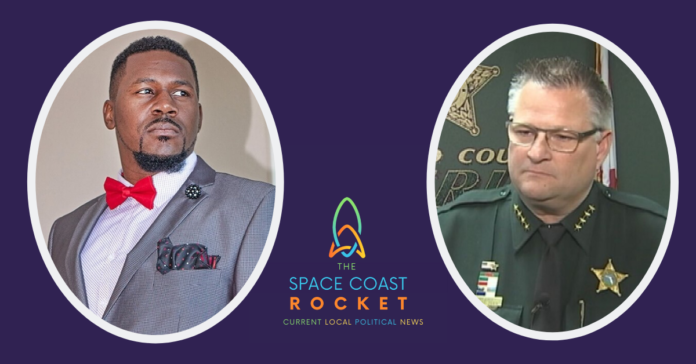 Defense Attorney Alton Edmond, a Democrat, has filed to run for Brevard County Sheriff marking the first time Sheriff Wayne Ivey has faced an opponent since being elected in 2012.

“Enough is enough,” Edmond said. “Accountability, civility, transparency and community policing should be the model for law enforcement, that’s why I’m running for Sheriff. More to come.”

Ivey has recently been under public scrutiny over his handling of the killing of combat Army Veteran Greg Edwards while in his custody. Ivey has refused to release the video for what he calls security reasons, even as public pressure escalates with the hashtag #releasethevideo. The sheriff’s claims of “security reasons” have raised questions from activists, as the same year the incident occurred, Ivey recorded and published a reality TV show displaying footage of the same facility.

Recent events and protests sparked by the killing of George Floyd have brought the 18-month-old incident back to light, as bipartisan voices are demanding the release of the video. Ivey also drew criticism from three local black leaders who say Ivey wrongly cited them to rationalize not releasing the recorded evidence.

Over the weekend, Ivey and the Brevard County Sheriff’s Office have come under fire again when BCSO Lt. Robert Gamin posted inflammatory Facebook posts on the Brevard F.O.P. page and ran the posts as ads recruiting arrested and disciplined officers. Ivey said he is embarrassed over the incident but holds firm in that his agency recruits nothing but the best and brightest in the country and that his agency serves as a model for others to follow. He announced today he is conducting an internal investigation of the incident and reiterated that “we police our own.”

Ivey is currently trying to increase his authority by requesting to take over the Emergency Management operations of the county in addition to his other duties. Citizens from both parties have complained about Ivey’s lack of transparency when it comes to his budget and spending, especially after he requested additional funds over the legal cap the last budget cycle without releasing his budget to the public for view.

His new opponent, Edmond, is proposing to elevate transparency and accountability to put at rest the concerns of the tax payers.

According to his Marketplace webpage, Edmond was born on Aug. 5, 1989, and raised in Harlem, just outside of Clewiston, Florida. Brought up by a single mother on a fixed income pushed him to pursue academic excellence.

Edmond graduated from Clewiston High School with honors in 2007 and went on to graduate from University of Florida in 2011 with a Bachelor of Arts in criminology and sociology, with a minor in education. He got his Juris Doctor degree from Florida A&M College in 2014.

In 2014, his website said, Edmond took and passed the Florida Bar Exam, with which he achieved his lifelong dream of becoming a licensed attorney when he was cleared to practice law in December of 2014, at the age of 25.

Edmond is currently an attorney, college professor, community leader, and motivational speaker. He said he desires to continue sharpening his litigation skills while remaining committed to involvement in the community, through empowerment, music, and public speaking.

Ivey did not respond to a request for comment.