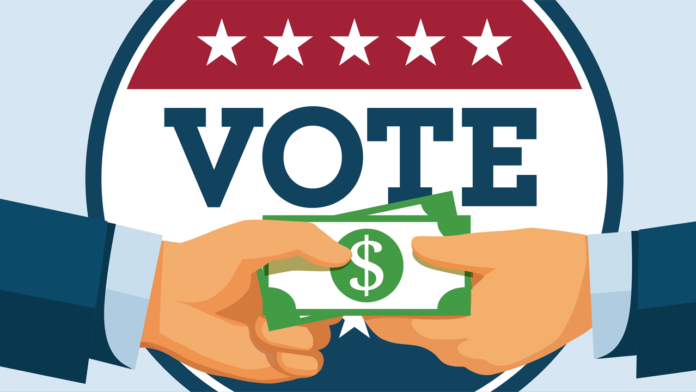 State Representative Randy Fine has now raised a total of approximately $236k for his current reelection campaign according to the latest campaign finance reports. Although his most recent report only shows a total of $100 received.

Over the over quarter of a million dollars he has raised, less than 2% of those donations came from actual voters in his district. In nearly 2 years of fundraising, less than 20 voters of his actual constituency have donated to his campaign.

His most supportive donors from elsewhere in the State and Country have been from Political Action Committee’s (PACS), lobbyists, casinos, liquor stores, and Disney.

The gaming industry has bet big on Fine over his last two terms. Fine, who made his millions as a casino executive himself, has not been able to deliver on the promises he’s made to casinos in Florida, despite sitting on the State’s gaming committee.

Until March of this year, Fine was unopposed in the Republican Primary. Since the announcement of his Republican challenger Marcie Adkins, Fine has struggled to gain any support. He’s actually lost quite a bit of support. She has more than doubled him in fund raising while he has spent $100k since her announcement trying to overcome his losses.

Adkins is beating Fine badly in all polls and gaining endorsements from local elected Republicans and leaders.

In contrast, Fine has been in several lengthy Facebook battles with local Republicans who have all since come out denouncing him.