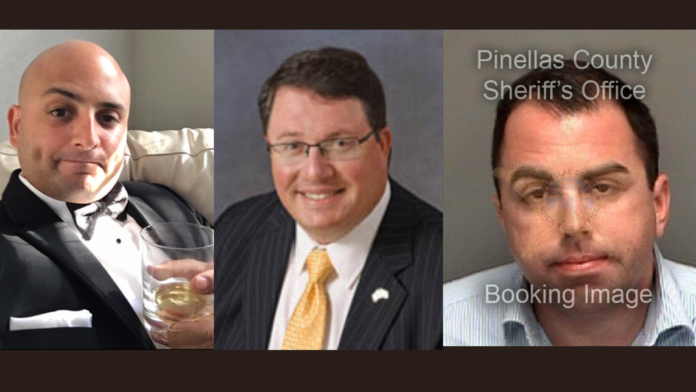 According to the latest campaign finance reports, incumbent Representative Randy Fine spent $60,000 on television ads for his upcoming election on August 18th. For the same reporting period, he was only able to raise $130 from donors despite many Facebook posts soliciting donations.

Fine has stated repeatedly he is not the least bit worried about this election nor his opponent Marcie Adkins. He called her irrelevant, and has gone on endless attacks on her and her political consultant Robert Burns.

However the numbers tell a different story.

$12,000 of Fine’s expenditures went to his political consultant Anthony Pedicini who just recently had to quietly settle a defamation lawsuit filed against him for his actions during a similar Republican primary race in 2018.

During the campaign, according to the lawsuit, a shell political committee set up by Pedicini and Tallahassee operative William Helmich, Veterans for Truth, sent out mailers attacking Beltran. The mailers said Beltran, a lawyer, “helps illegal aliens get back out on the streets,” and that he “brags on his webpage about how he gets these criminal illegal aliens and drug traffickers off easy.”

The campaign was part of a Republican primary season with what local political insiders said was an unusual amount of negative campaigning, much of it involving Pedicini clients.

The same year, Pedicini also represented candidate for state representative Melissa Howard who got caught faking a diploma and lying about graduating from Miami University in Ohio. According to the university, the major she claimed was not even offered by the school.

“In local political circles, Pedicini has a well-known reputation of being a no-holes barred (political) consultant,” wrote Tampa Tribune columnist and political analyst Chris Ingram in March. “He also has a history of having friends who set up third-party groups to send out vicious attack mailers against the opponents of people he is working for.

“Back in 2011, just two days before the Tampa mayoral election between Bob Buckhorn and Rose Ferlita, Pedicini told Creative Loafing that ‘negative works.’ He also told the paper, ‘Fear is a much stronger motivator than hope. You have to make people make a choice.’

That seems to be exactly what $12,000 has bought Randy Fine this election, as we are seeing the same tactics used here in his race.

Burns states he would be shocked not see similar mailers attacking him and Adkins from Fine in the very near future.

Even before the primary election, Fine and others allegedly used Pedicini to orchestrate an elaborate robocall attack on Palm Bay Deputy Mayor Kenny Johnson and Robert Burns. The number for the call came from Pedicini.

Fine has also accused Burns of being a felon in 6 states but has provided no evidence to support his claims. Adkins hired a law firm to conduct a background check on Burns in all 50 states which revealed no felony convictions anywhere. When asked by reporters about this, Fine dodged the question. Burns is a highly decorated retired Army Soldier with an honorable discharge in 2017 and has published his DD214 online.

Fine also has a long track record of using blog Florida Politics for paid articles to paint himself in a favorable light according to campaign finance reports over the years. The owner of the blog Peter Schorsch has an extensive criminal history in politics. Fine recently shared his latest article from him on his behalf alleging both Adkins and Burns are anti-Semitic. When sharing the article, Fine stated Schorsch was one of the leading journalist in Florida.

We will be doing a more complete story on Peter and Randy’s relationship but here is a summary of his charges.

Peter subsequently made an offer to Burns in writing for the same offer as Fine at the same rate. Burns declined.

Fine still has $129,422 in the bank. We suspect that as Election Day nears, we will see many more thousands of dollars in negativity from his campaign. Pedicini says it works. Time will only tell as Adkins currently leads Fine in polling by 26 points. It will take a lot of negativity to overcome that if he believes that strategy works.