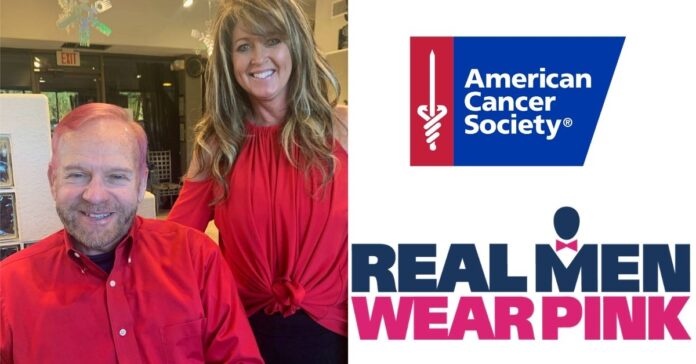 District 4 County Commissioner Curt Smith posted on his Facebook page a photo of him with his hair dresser after dying his hair pink. In his post he said:

OK, so my goal for Real Men Wear Pink was $7500 this year. I promised that if people helped me get there I would dye my hair pink. We did it and Andrea from Riverfront Studio Hair Salon graciously donated her talents to turn my hair PINK!!! Thanks to all of my donors for making it happen. We have raised over $10,000 so far!!

In Thursdays County Commission meeting, Smith explained why he had the pink hair. Curt is the Chairman of Real Men Wear Pink which is a subsidiary of the American Cancer Society which he also sits on the board for Central Florida. His staff came up with the idea to throw out the challenge to help raise money for the charity in a time where all charities are struggling to reach their normal donations.

Commissioner Smith donates a lot of his time to charities and causes in the community, and encourages others to do so also. In another Facebook post he stated: Ringing the bell for the Salvation Army. Like most charities they are having a hard time. Please consider calling your local SALVATION ARMY and volunteer to ring a bell for a few hours. Watching our fellow Americans digging into their pockets to give with a grateful heart is a moving experience.

Commissioner Smith is serving the last 2 years of his final term as a County Commissioner due to term limits, and has not announced running for any other office.