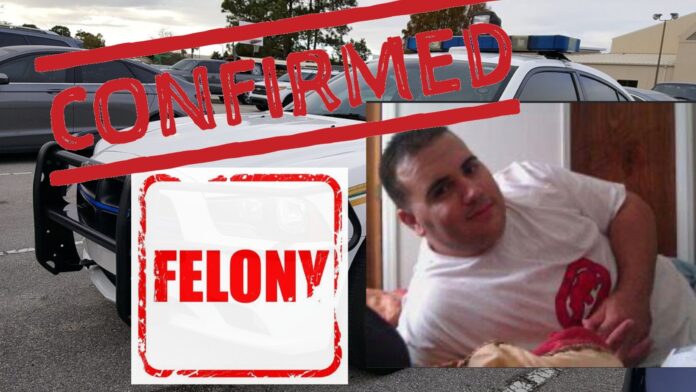 Previously we reported the felony charges of Deputy Jafet Miranda for a case in 2007 where he was listed as the co-defendant in a felony armed robbery case. We posted screen shots of the charges that were obtained from the Osceola Clerk of Courts website.

Shortly there after, those records disappeared. As a result, when the public went to look for the records themselves, they were no longer there, and it brought into question the accuracy of our reporting.

Further investigation revealed that Deputy Miranda was able to reduce his charges and later get the record expunged.

The problem is that the Osceola Clerk of Courts failed to delete the records as required by law. As a result, we were able to find them from a simple public records search.

After our reporting it became known that the records were there, and the error was promptly corrected.

We then requested the actual police report from the incident.

Today we obtained the report and the description of the incident does indeed show two defendants in the commission of these crimes. One of the defendant’s names however is redacted.

Given that we have screen shots of the records before they were deleted with Jafet Miranda as the co-defendant with his charges listed, and this report only has two defendants; we can reasonably conclude that the redacted name is Jafet Miranda as we previously reported.

Despite this history and charges, Deputy Miranda was still able to apply and eventually be hired by the Brevard County Sheriff’s Office as a Deputy Sheriff. BCSO states that they were aware of the charges during his hiring process.

Miranda was suspended for 320 hours and allowed back to full active duty. A few months later he would shoot and kill two teenagers in a vehicle he believed was stolen but was not. He states he fired because he feared for his life as the vehicle turned towards him and a very low rate of speed. He remains on paid leave as the shooting is investigated.

The documents are below as well as available to the public at the Osceola Clerk of Courts website.