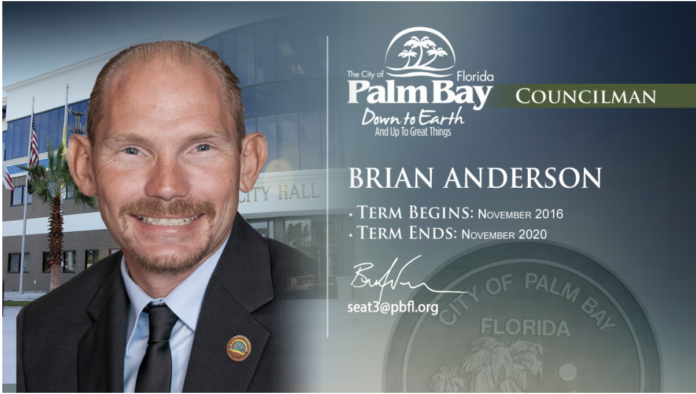 In an interview after the meeting, he said he decided not to run because he is not 100% in it. He went on to talk about the amount of meetings and events he attends in his role and that it’s taken away from time with his family.

He believes that in the 4 years that the stuff he set out to accomplished, he did accomplish. He says the biggest thing was getting the road bond passed.

He also said that he will not comment on any ongoing legal matters, and said that anything you’ve been reading is far from over.

During the interview which was held on Facebook live by Palm Bay Live, residents questioned Anderson about admitting to taking $10,000 in illegal campaign finance donations during his last election.

Anderson’s seat has 3 other candidates competing for voters support. Thomas Gaume (NPA) who was initially running for a separate seat, switched to Anderon’s seat once we broke the news of the campaign finance issues.

Randy Foster (Democrat) who previously ran for County Commissioner is also running for the seat.

Qualification for candidates begins next Monday through noon on Thursday.

We will update this article later with comments from Anderson and the other candidates.