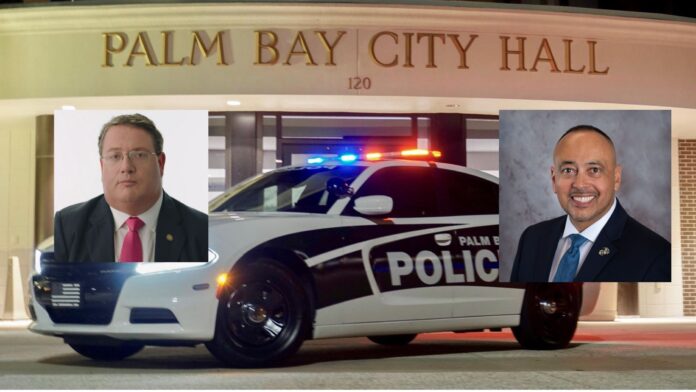 According to communications from Palm Bay Police Commander Jeffrey Spears, an investigation was opened and is currently ongoing into public records between Palm Bay Mayor Rob Medina and State Representative Randy Fine. (Case #22-004140) We were instructed to send further inquiries into the case to the State Attorney’s Office.

Last month, West Melbourne City Councilman John Dittmore provided public records which included text messages between him and Randy Fine as he is required to do by Florida Public Records laws. Representative Fine instructed him not to do so and advised him that the city attorney who told him he was required to, should be fired. Dittmore chose to comply with the law and released the messages which revealed Fine repeatedly calling a female elected official a “whore,” and threatening to have funding for the City of West Melbourne residents and the Special Olympics vetoed for not inviting him to a fundraiser and honoring him.

New records obtained between Randy Fine and Melbourne Mayor Paul Alfrey reveal Fine being upset for not being exclusively recognized for securing funding.

Last July, a records request was sent to Palm Bay Mayor Rob Medina requesting messages between him and Randy Fine related to Fine’s involvement in Palm Bay’s resignation of Jeff Bailey and his replacement.

The messages (located at the end of this article) show that Medina was also coordinating with former Palm Bay Mayor Capote. Mayor Capote stated that he has never had a conversation with Medina related to anything in these text messages.

Whether or not Mayor Medina was instructed by Representative Fine to delete the messages is not clear, but is consistent with what we have recently seen. Representative Fine’s office stated that no records ever existed. During Medina’s campaign, he emphasized that he was going to bring back integrity and transparency to the city. He also stated he was going to push for a forensic audit of the city and then later decided not to after being elected.

In fact new records reveal that State Representative Randy Fine also threatened West Melbourne Mayor Hal Rose to have the city’s funding vetoed in the same manner he threatened Councilman Dittmore. Without explanation, the rest of the conversation is redacted.

All of the above mentioned elected officials are now part of Representative Fine’s fundraising committee for re-election.

According to Florida Statutes 119.10, any person who willfully and knowingly violates public records laws commits a first degree misdemeanor.

The entire string of messages originally provided by Mayor Medina that “no longer exist” are below. If the messages seem confusing, it’s because they are. Instead of providing screenshots of the actual messages, certain messages were copied and pasted into new text messages.