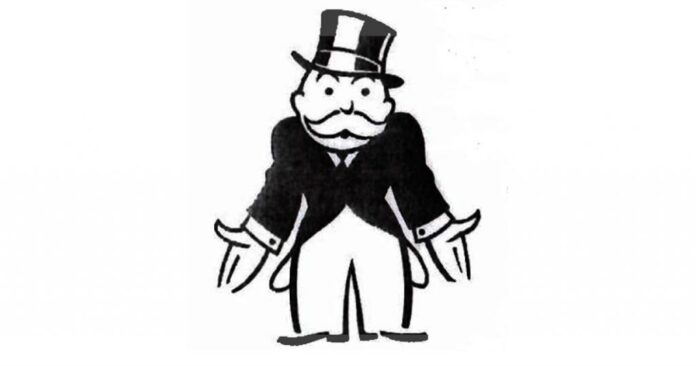 We have reviewed the personal finance history of the candidates for Mayor for all municipalities in Brevard, and will be reporting on the findings this week. We start with the city of Palm Bay.

Medina is currently employed by Congressman Bill Posey as Director of Community Relations. According to the latest budget report by Posey’s office, Medina’s salary is $15,500 per quarter or $62,000 per year. He also works as a minister for The House Church, but did not disclose his salary for his position.

Medina has worked for Congressman Posey’s office since 2008. However, in 2012, Medina filed for bankruptcy while receiving a set government salary for 2 years and 4 months. In his Chapter 13 filing, he listed $80,000 in assets, and $341,034 in liabilities including over $67,000 in unsecured debt.

He also listed just $5,000 in personal property to include 2 vehicles, all furniture, electronics, and jewelry in his home, and $300 and $5 in his checking and savings accounts.

Of most concern is Medina’s unsecured debt. Nearly 50% of his unsecured debt is from personal loans totaling $32,677 from multiple banks. He also owed over $3,600 to Men’s Warehouse, and nearly $11,000 to Mattress Barn and various mattress stores.

Just $15,618 of his unsecured debt was from unpaid medical bills, much of which were collection fees.

Medina originally defaulted on his mortgage in 2011. He filed for bankruptcy in 2012. However, court records show he appears to have faced foreclosure again, 2 years after his bankruptcy in 2014.

Every candidate running for City Council must fill out a Form 1 Financial Disclosure form. Medina list N/A as his income under both primary and secondary sources of income. Instructions on the form state that if your salary is from a position in public service, it is optional to list it on the form because it is already public record. Medina’s salary from Posey’s office falls under this category. However, not listed is his VA Disability income, nor any income reflected from his position and work at The House Church.

When asked specifically about his income, Medina stated he didn’t feel comfortable supplying that information. Another question often asked of Medina is if he will retain his federal position working for Posey should he be elected. Some see it as a possible conflict of interest, or which job will he give priority to when responsibilities for each office may be competing. Others see his position in the both offices as an advantage.

Medina served in the Marines for a short period of time (1984-1988) with a job in finance. In order to obtain and maintain a security clearance in the Armed Forces, service members are required to have good credit, and show financial responsibility. Otherwise, they may be subject to outside influences and bribes to foreign enemies due to their financial vulnerability. It is also a crime in the military to not pay your debts, and service members could face disciplinary action, or even removal from the service as a result.

Medina has gone on record to say that he will make the decision whether or not to keep his position with Posey when the time comes. However, his personal financial situation shows that it is highly unlikely that he could give up the job since he is already struggling financially with it. The salary for Mayor pays just over $20,000 a year which is 1/3 of what he currently makes.

Posey is also up for re-election and his terms are only 2 years as opposed to a Mayor’s 4 year terms. Should Posey be defeated in this years election or choose to retire following this term (Posey is in his mid 70’s), Medina would be out of the job, and his only income would be his salary for the city.

Given his recent history of his financial struggles, it is certainly something to consider as a factor in this election and his ability to make sound financial decisions for the largest municipal budget in the County. His records appear to show a pattern on wasteful and indulgent spending well above his means, even with a set steady income over a decade. Likewise, given the recent news in Palm Bay with developers offering bribes to council, Medina’s finances show him to be a likely target of such solicitation and vulnerability.

Medina says he was approached by and met with Brian West who was recently arrested for bribery, but states he did not accept any payments from West.

When listening to Medina’s answers to policy questions, they also seem to fall in line with his personal fiscal habits. Most of his answers to solving problems rely on heavy spending. For example, when asked by Space Coast Daily how he would address Public Safety concerns as one of his primary issues, his response was to provide more police stations, more vehicles, higher salaries, and more equipment. All of which cost a substantial amount of money, yet he offered no explanation of how he would propose to pay for these things from the City’s budget that is severely in debt from the new Road Bond and taking a hit from Covid-19.

Even during his campaign in the primary, Medina raised just over $32,000 from donors and managed to spend all but $2,000 of it in a 4 way race, leaving him with almost nothing for the general election.

In comparison to Medina, his opponent Kay Maragh is a small business owner and works as a real estate agent. Her Form 1 Financial Disclosure shows that her primary source of income is with Berkshire Hathaway in real estate, and secondary income is from her custom t-shirt business.

A public records search from the last 20 years produced no history of bankruptcy, liens, or lawsuits from creditors for unpaid debts.

The search only produced a small claims filing in which she is listed as the plaintiff in a suit against State Farm for an unpaid chiropractor bill of less than $500.

Other than that, we were not able to find any other public records of negative financial history for Kay. In regards to the bribery scandal in Palm Bay, the arrest affidavit for Brian West shows that he chose to approach Medina instead of his opponent Kay for financial support. Kay currently serves on the city’s planning and zoning board in which she recently voted against the developers project in question.