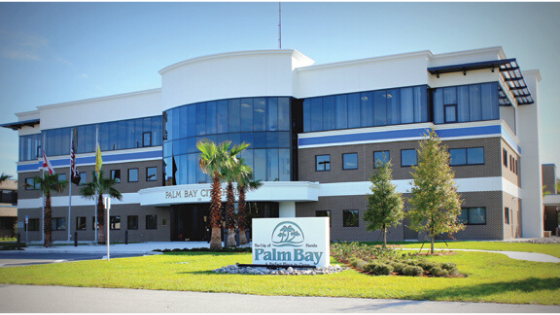 Land developer Brian West was arrested yesterday on felony charges of bribery, and of conspiracy to committee bribery.

Anderson was acting as a confidential source for the FDLE related to a similar case involving David Isnardi and Gregg Lynk.

West eventually ended up offering Anderson $3,000 to vote in favor of rezoning of his property located in Plantation Circle.

The property came before the City’s planning and zoning board in August, and was voted against recommending approval. Current Mayoral Candidate Kay Maragh and City Council Candidate Donny Felix both sit on the board and both voted against the rezoning of the property.

The item came up on the City’s agenda last month and all members of council agreed to table the item until December of 2020 after the election, except for Councilman Bailey.

In the lengthy affidavit which contains mostly messages and communications between PK and West and Anderson, West becomes suspicious that he is being “set up” by Anderson and repeatedly expresses his displeasure in PK’s lobbying efforts.

West retained political consultant Robert Burns (the owner of this publication) to advise on an election in Martin County. West then asked that Burns donate money to 3 candidates to Palm Bay city council Rob Medina, Donny Felix, and Randy Foster. Burns refused to do so, and West subsequently reversed the credit card payment to Burns. PK and West go on to state that they believe that Burns is helping Medina’s opponent and they need to focus on Medina directly.

PK tells West that he should sue Burns to which West replies he didn’t want to do that and risk upsetting Councilman Johnson, who is Burns’ cousin and Burns was his campaign manager.

According to statements in the affidavit, West expressed his disappointment with Burns to PK and PK said he warned him. PK then set up personal meetings for West between Medina, Felix, and Foster at the hotel he manages.

After failing to get any other council members to take the bait, West was eventually arrested only for bribing confidential source Brian Anderson directly.

Former Councilman Tres Holton who currently works on several campaigns to include State Representative Randy Fine, is alleged to be implicated for being hired as a consultant for West while sitting on the council.

No one else has been charged or arrested in the case.

Below is the arrest affidavit in its entirety.