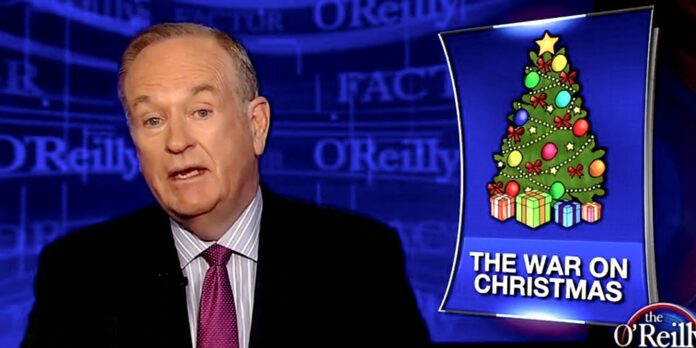 When I was a Conservative, I believed in the War on Christmas from listening to Bill Orielly’s shows thinking, “wow the left does not allow you to say Merry Christmas?” I thought, that’s a violation of the first amendment, and this is a big reason why many conservatives hate the Left, I.E. liberals, progressives, the Democratic Party, because they are brainwashed to think that the Left wants to take your freedoms away. Well I got news for you. It’s all bullshit.

Being a Democrat since 2019, majority of the left celebrate Christmas and will say to you Merry Christmas. Are there places where it’s recommended to say Happy Holidays? Sure, but you are not going to get arrested by the government violating your first amendment rights. This is a fake outrage war from Republicans and Conservative Pundits to help with their right-wing MAGA agenda of turning America into a toletarian Christain Nation. And as a Jew who never had a problem with the words “Merry Christmas” I would rather conservatives, particulary the MAGA Republican type act like Christians instead of making Christmas political.

For example, Governor Greg Abbott did another publicity stunt with migrants sending to Vice President Kamala Harris’ home. A true Christian would follow the good book and welcome the stranger to their state, and do all that they can to assist migrants whether they are seeking asylum or whatever the reason is they came to our country. Actions speak louder than words, and regardless of what God you believe, I would say 9 times out of 10, He care more about how we treat each other as human beings rather than declaring this bullshit war on Christmas to help stay in power.

I hope everyone had a Merry Christmas and a Happy Hanukkah.