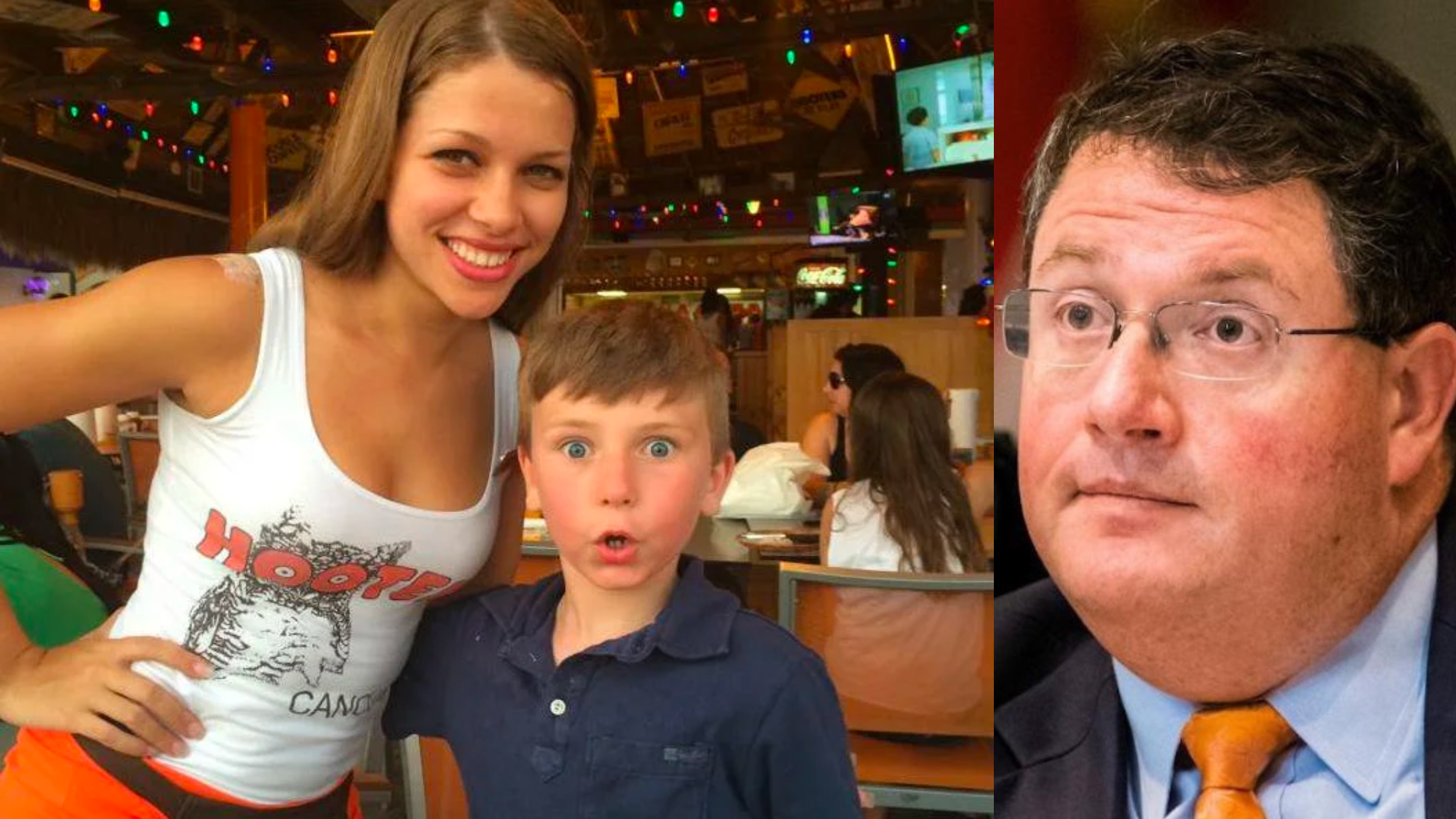 BREAKING: State Representative Randy Fine has called for the County to pull all business permits for Hooters for targeting and sexualizing children in their restaurants. It’s without question that they specifically target children because they even have a children’s menu!

“I can think of no one who thinks it’s ok to expose children to women with their butt cheeks and boobs hanging out, and pretending to squeeze their breasts and slapped their butts.”

“In the State of Florida, we have taken a strong stand against exposing children to subjects and content that are inappropriate and not suitable to them.” As you can see in this photos below, a child no older than 4 being forced to fondle a woman’s breasts, while be photographed by his parents. A clear production of child pornography in plain sight.

“Government should not be encouraging, fostering, or supporting behavior that exposes children to sexualized behavior.”

Fine went on to say there’s a special place in hell for the abuse these women and parents have exposed these innocent children to.
Florida is second only to Texas with 49 locations across the state. The state of Florida has extremely strict double standards that must be enforced to stop children from being groomed.

Hooters Inc is based out of Clearwater, Florida and the last thing Florida wants is a Florida business bringing its Florida values to Florida.

Female employees are required to sign that they “acknowledge and affirm” the following:

To be clear, State Rep. Randy Fine, nor any other conservative group in Florida has called for any investigations into what Fine describes as child abuse and sexualization of children at Hooters. Some of these quotes are statements he’s made about members of the LGBTQ+ community recently. It is an attempt to expose the selective outrage and fluid definitions of what is considered “appropriate” in the state of Florida and what parental rights really are.

Fine has called for the exact measures mentioned above because he is against a man possibly dressing as a female or vice versa and reading children’s books to children as reported here.

When asked for further comment, Randy said he’s only been to Hooters for the wings.

OPINION: The War on Christmas is Bullsh*t.