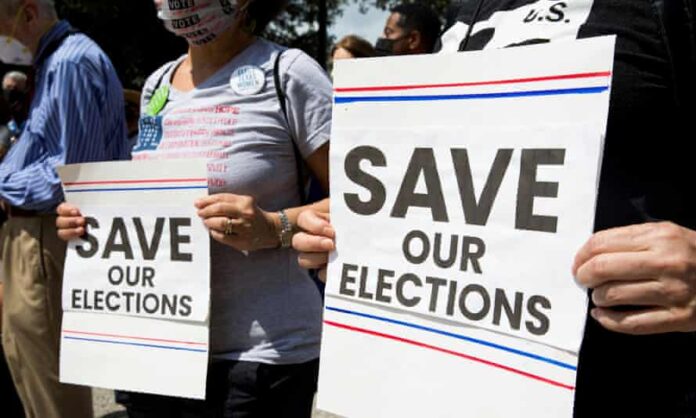 This action causes a vacancy on the 5 member council. As reported before, the current city charter dictates that the vacancy be filled in accordance with city ordinance. However that was not always the case. Prior to 2012, the Palm Bay City Charter specifically stated how a vacancy would be filled, and set very specific parameters and timelines.

However, in 2012 a ballot initiative was placed on the general election ballot that was approved by the voters of Palm Bay, giving the city council the exclusive authority of how to fill a vacancy by ordinance. Only city council has the power to pass city ordinances.

A Palm Bay City Vacancies Amendment question was on the November 6, 2012 election ballot in Brevard County, which is in Florida, where it was approved.

This question amended Section 3.06 and subsections 6.062 and 3.064 of the city charter so as to bring about changes that include correctint language, providing for declaration of vacancies, providing a process for filling vacancies.[1]

Language on the ballot:

Public records show the old and new language that was approved by voters on the ballot. What is in lined-through is what the charter used to state prior to 2012. What is beneath in blue is what the voters approved in the November 2012 general election.

3.062  Filling of Vacancies.  A vacancy of the council shall be filled in one of the following ways: (1) If there are less than six (6) months remaining in the unexpired term or if there are less than six (6) months before the next regular city election, the council, by a majority vote of the remaining members, shall choose a successor to serve until a newly-elected councilmember is qualified.  Notwithstanding any quorum requirements established herein, if at any time the membership of the council is reduced to less than a quorum, the remaining members may, by majority vote, appoint additional members under either (1) or (2).  If one year remains in the term of the vacated seat, at the time of the next regular election, that seat shall be filled by election for the remaining one (1) year; (2) If there are more than six (6) months remaining in the unexpired term and no regular city election is scheduled within six (6) months, the council shall fill the vacancy on an interim basis as provided in (1), and shall schedule a special election to be held no sooner than sixty (60) days, nor more than ninety (90) days following the occurrence of the vacancy for the remainder of the initial term.

When a vacancy occurs on council as a result of death, resignation, illness, disability, written court order, forfeiture of office, or other lawful written order or action, such vacancy shall be filled in accordance with the procedures prescribed by ordinance.

Once that amendment to the charter passed, giving the exclusive authority to the council to fill vacancies, the current ordinance was written and passed in the consent agenda on December 20, 2012 by the newly elected council and Mayor William Capote.

At that time, council changed the parameters for the timelines requiring a special election vs. and appointment.

Under the current ordinance, because over a year is left in Councilman Bailey’s term, it calls for a special election to occur between 90-180 days after the effective date of the resignation. However, the City Attorney has proposed and recommended a change to the ordinance to avoid a special election and the costs associated with it, to allow council to appoint a member to fill the remaining months of the vacancy.

This proposal is in line with the majority of the other municipalities in Brevard County who do not have special elections to fill vacancies, and appoint someone by the council’s majority vote.

State law also dictates that the governor of Florida appoints individuals to fill all vacancies from the County level and above if the vacancy is 28 months or less. Palm Bay’s current ordinance is set for 12 months or less.

On social media, and elsewhere many have called the act of appointing someone to fill the vacancy un-American and unpatriotic, to include the Palm Bay Mayor Rob Medina. Others have stated this is the power that the people of Palm Bay voted to give the City Council exclusively in 2012.

The first reading of the ordinance will take place at this Thursday’s Palm Bay City Council meeting. The measure must be voted on twice to pass. The 2nd meeting will be August 5th, which is said to be Bailey’s last meeting before resigning.

Some publications have stated that if Bailey would resign at this Thursday’s meeting, it would force a special election to occur, because the council would not have passed the new ordinance yet. However, that logic is not true. Council can still change the ordinance after the fact, which would go into effect immediately since no election has yet occurred.

The last special election to take place for Palm Bay was in 2019 where only 9% of the voters showed up to vote, and cost the city $83,000. The cost for this special election, should it occur is still being calculated by Brevard’s Supervisor of Elections, Lori Scott.

Because of the date of Bailey’s resignation, the special election would not be able to occur on the already scheduled general election on November 2, 2021, which would save the city some money. If Bailey were to resign just one day earlier, then it would be writhing the minimum 90 day requirement. Bailey has not expressed any desire to do so.

This would most likely push the next available date for the special election to occur after the new year in mid January at the soonest, to give Lori Scott’s office time to finish the administrative tasks of wrapping up the general election. Then the holiday season starts for Thanksgiving, Christmas, and New Yeras. That means the seat will be vacant from August 5th, to mid January. The SOE’s office dictates the election date, not the City Council.

According to state law, anyone who serves a partial term, it would count as a full term in regards to term limits. So whoever serves in the spot whether appointed, or elected will be giving up 3 or more years of their term limits. No one can be appointed or run for an office when the remainder of the term elected to would put them over the term limits, which in Palm Bay is 3 terms, or 12 years.