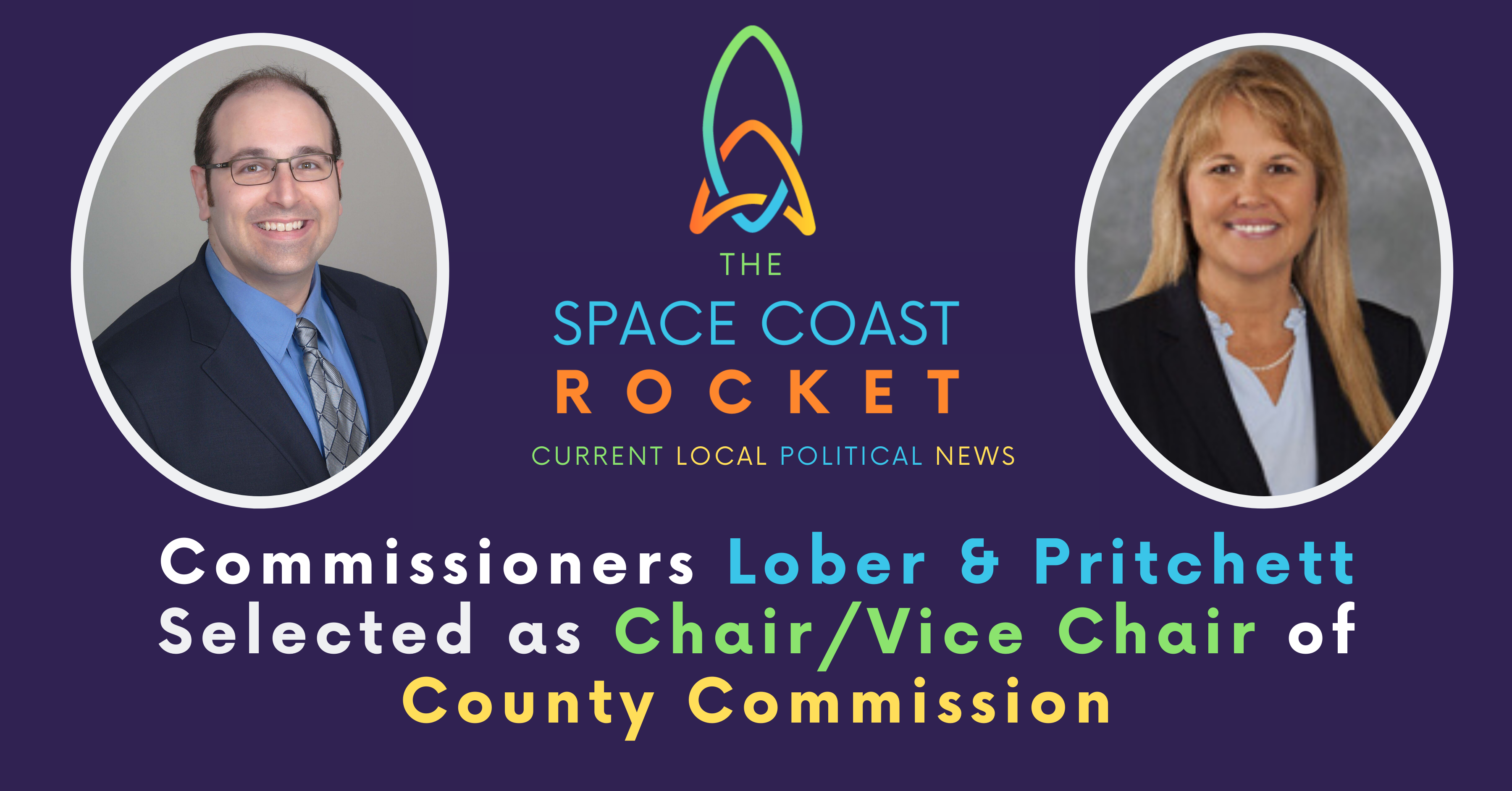 Lober, an attorney who was elected last year, served as Vice Chair of the Commission after being nominated by the Chair Kristine Isnardi. Historically, the Vice Chair is nominated to serve as the Chair the following year.

Commissioner Lober was very active in his first year looking to shake things up on the Commission. He proposed a reduction in pay for the position which failed to pass in part due to concerns over enforceability of the action.

His most notable and controversial proposal was his ordinance known as the “Ban on Puppy Mills” in which he sought to eliminate pet stores from selling dogs that come from other parts of the country from puppy mills. After much debate and input from citizens all over the state, the ordinance was passed 3 to 2.

He has also been a strong advocate for term limits on County boards and serves on the Indian River Lagoon Council board of directors.

Commissioner Lober’s first year was not without controversy. He made national headlines for comments made on his Facebook account in a thread implying that Trump protestors be run over, and Lober stating “he wouldn’t recommend using a snow plow.”

He also made comments saying though he wasn’t an advocate of abortion, he would look the other way in Brevard DEC’s Chair Stacey Patel’s case, and referred to her potential offspring as a “litter.”

Other comments on his social media and actions that drew rebuke from his peers occurred when he had a back and forth with a local resident for making disparaging comments about him on Facebook. He then attempted to contact what he thought to be her employer and inform them of her comments.

These actions in part led to calls for his removal from office and/or censuring from local community leaders and organizations. Commissioner Tobia proposed a civility ordinance aimed at keeping commissioners “in check” during meetings, but did not address behavior outside of official meetings.

Commissioner Lober defended his actions and comments stating that they were made as a private citizen separate from his position as the Vice Chair of the Commission and his comments are protected under his 1st Amendment rights.

Recently Lober’s comments somewhat toned down on social media. As the Chair, he will be responsible for running the meetings and maintaining order for the next year.

Also of some controversy was Lober’s decision to represent David Isnardi, the husband of Chair Isnardi after he was arrested on several felony charges in May, 2019. Many critics were vocal about this being perceived as a conflict of interest in their roles on the Commission. Lober defended his actions and said his decision was cleared by the County Attorney Eden Bentley and that he would only be serving as council for the bonding portion of the legal process.

Commissioner Pritchett was nominated to serve as Vice Chair by Lober and approved unanimously by the board. She has served in the past as the Chair and is currently running for reelection in 2020.