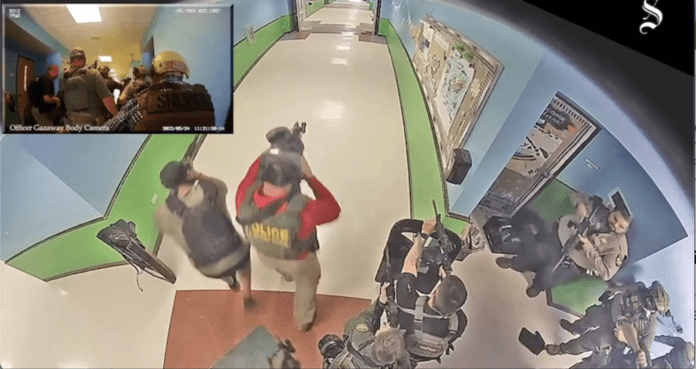 A 77 security camera video and body camera footage from one of the officers, shows what happened when dozens of heavily armed officers entered the school.

The video shows the shooter when he crashed his truck and began shooting at bystanders.

There’s then a 911 phone call made by a teacher while the gunman was still outside shooting into the classrooms.

The video then shows the shooter entering the school through the unlocked door with no resistance. Then it shows him begin shooting into the classrooms for over 2 minutes straight.