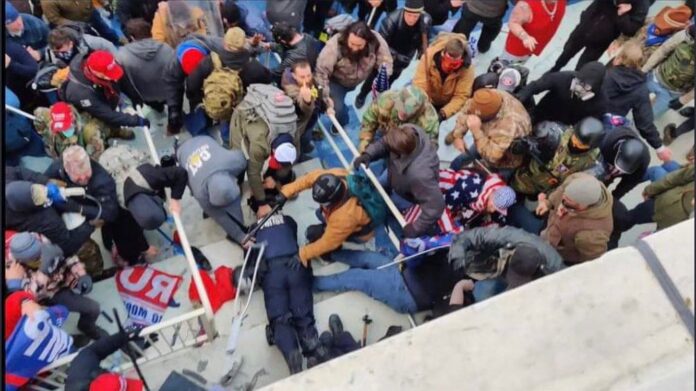 A horrific video shows members of the pro Trump mob trying to break into the west side of the Capitol Building. They get ahold of an officer trying to defend the building, drag him into the crowd and begin to beat him with the poles of their Amercian flags, crutches, batons, and any other object they can get their hands on.

There is a photo from overhead that shows his limp body, face down as they continue to beat him.

It was suspected that this was the officer who was killed from being bludgeoned with a fire extinguisher in the riot Brian D. Sicknick, but this is a different officer.

Just today another officer committed suicide after being involved in the event. Officer Howard Liebengood, 51, died on Saturday while off-duty, the department announced in a statement.