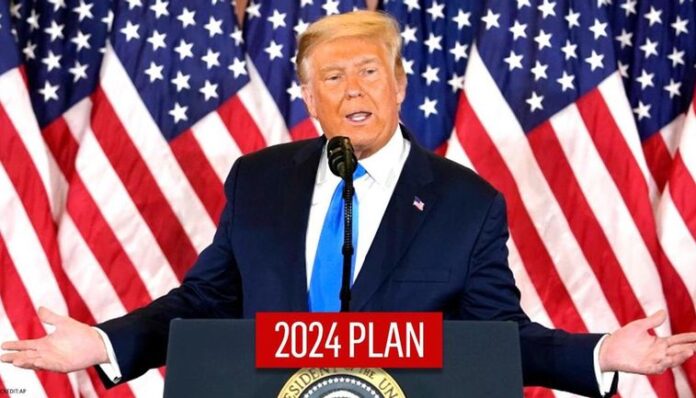 “If they only impeached you twice, you need to run again. Because to change the system you have to kick it in the a#$,” Trump’s former campaign manager wrote in a tweet Saturday addressed to the now Twitter-less Trump. “I would love to be [sic] the only President to be impeached three times. Because history remembers those that didn’t conform. I’m in, are you?”

Parscale was Trump’s 2020 campaign manager until he was removed in July. He remained on the campaign in a limited role until September, when he left altogether after an incident at his Florida home in which Parscale was involuntarily detained by police.

Trump Jr. then shared a recent video clip that showed his father walking off the golf course while saying, “We haven’t finished yet.”

“He’s actually accurate,” he said of his father’s remarks.

“A lot of those things have been brewing for quite some time. And that’s why for me I’m still standing engaged and we’re going to get in there and fight to elect people who really represent the people—people like you who have gone through so much,” he added.