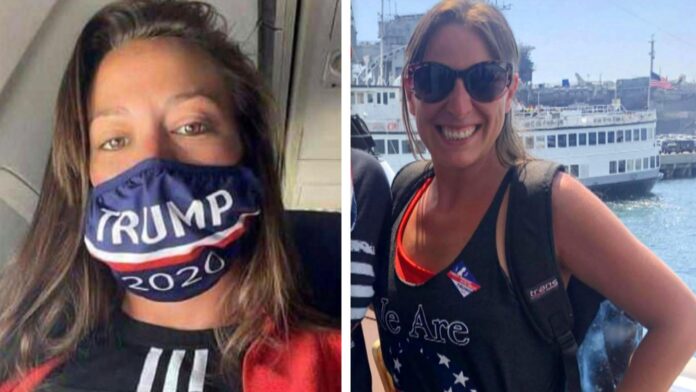 Speaking Wednesday about his lawsuit challenging his social-media ban, former President Trump said today that there was “no reason” for a rioter to be shot during the Jan. 6 attack on the Capitol.

He brought up the rioter, Ashli Babbitt, after he was asked what he had done to to stop the attack on the Capitol and why he couldn’t stop it.

Trump called the event “unfortunate” and stated that people “are being treated unbelievably unfairly.”

Babbitt was shot and killed by an unidentified Capitol Police officer as she and other members of the mob attacking the Capitol on Jan. 6 tried to breach the final barricade inside the building between the mob and members of Congress.

“Who shot Ashli Babbitt? We all saw the hand. We saw the gun … You know, if that were on the other side, the person that did the shooting would be strung up and hung. Okay? Now, they don’t want to give the name … It’s a terrible thing, right? Shot. Boom. And it’s a terrible thing.”

An officer shot Babbitt after she tried to enter the Speaker’s Gallery after rioters had smashed through a window to a door outside the gallery.

“But the person that shot Ashli Babbitt, boom, right through the head, just boom, there was no reason for that. And why isn’t that person being opened up, and why isn’t that being studied? They’ve already written it off. They said that case is closed,” Trump said.

The Department of Justice closed its investigation into the death of the rioter and cleared the police officer of wrongdoing.

The Justice Department said, “The investigation revealed no evidence to establish that, at the time the officer fired a single shot at Ms. Babbitt, the officer did not reasonably believe that it was necessary to do so in self-defense or in defense of the Members of Congress and others evacuating the House Chamber.”

“There were no guns in the Capitol … except for the gun that shot Ashli Babbitt, and nobody knows who that man were,” Trump said.

Many people have been federally charged with bringing firearms to the protests in Washington, D.C., on Jan. 6.

ABOUT US
Your only dedicated source on the Space Coast for current local political news. Get facts, ask questions, get answers.
Contact us: editor@thespacecoastrocket.com
FOLLOW US
© 2020 The Space Coast Rocket - All Rights Reserved Designed by The Social Wizards
MORE STORIES
Melbourne