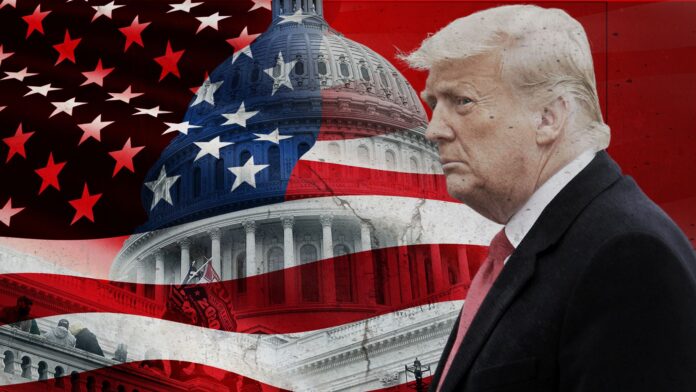 Former President Donald Trump on Saturday thanked his lawyers and senators who voted against his impeachment conviction and foreshadowed his political future in a statement following the 57-43 Senate vote to acquit him of inciting an insurrection.

“I want to first thank my team of dedicated lawyers and others for their tireless work upholding justice and defending truth,” Trump said. “My deepest thanks as well to all of the United States Senators and Members of Congress who stood proudly for the Constitution we all revere and for the sacred legal principles at the heart of our country.”

He added: “This has been yet another phase of the greatest witch hunt in the history of our Country. No president has ever gone through anything like it, and it continues because our opponents cannot forget the almost 75 million people, the highest number ever for a sitting president, who voted for us just a few short months ago.”

Trump did not make any statements during the impeachment trial, and his statement Saturday is his first all week.

The vote Saturday was significantly more votes than the 48-52 vote in his 2020 Senate trial but still 10 short of what would have been needed to convict.

“Our historic, patriotic and beautiful movement to Make America Great Again has only just begun,” he said. “In the months ahead I have much to share with you, and I look forward to continuing our incredible journey together to achieve American greatness for all of our people. There has never been anything like it!”