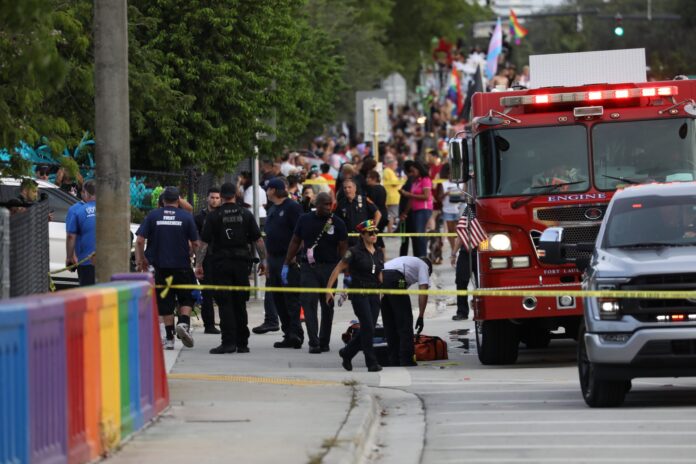 Update: Suspect in custody. Fort Lauderdale Police chief states that the tragedy appears to be an accident and not a deliberate attack.

She tweeted that a truck drove into the crowd of spectators which included herself, striking several people. At least two people are in critical condition. The driver is reportedly in custody.

The twilight parade, themed “Out of the Darkness, Into the Light” had started from Northeast 21st Court at around 7 p.m.