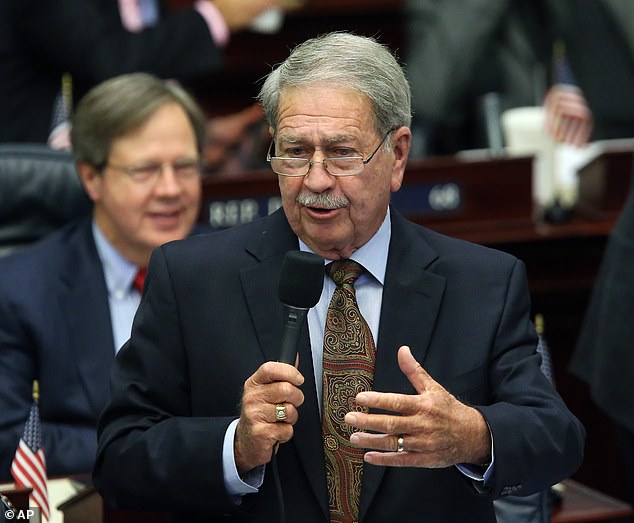 After the sudden resignation of disgraced former County Commissioner Bryan Lober, there was left a vacancy to be filled for the remainder of his term which ends in November this year. Lober stated he recommended two individuals to the Governor to appoint as his replacement. One of those individuals was Josiah Gattle, who is the Chair for the Space Coast Young Republicans. How much weight the endorsement of a former Commissioner who resigned while under investigation carries is yet to be seen.

The reported favorite for the appointment is former State Representative Tom Goodson. Goodson is being recommended by Sheriff Wayne Ivey, along with the Brevard Republican Executive Committee, and others. What is unknown however if the Governor will actually appoint anyone given the short time remaining for the term, and the extensive list of pressing matters on the Governor’s desk already.

Today, Goodson officially filed to run for the seat for the upcoming election, which could be a sign that the Governor does not plan to appoint anyone to the position, and just let it remain vacant until the election. Bryan Lober has not officially stated he is not going to run for re-election but is still listed on the Supervisor’s website as a candidate. His last campaign finance report shows that he paid himself $115,000 from his campaign account under a “loan,” but did not return the donations of any of his supporters who contributed to his campaign over the last year and a half.

Goodson attended Brevard Community College, graduating with his Associate degree in 1973, and later attended Florida State University, graduating with a Bachelor’s degree in 1975. In 1988, he founded Goodson Paving, which continues to operate. Goodson was elected to the Canaveral Port Authority in 2002, defeating Don Molitor with 51% of the vote. He was re-elected unopposed in 2006.

In 2010, when incumbent State Representative Ralph Poppell could not seek re-election due to term limits, Goodson ran to succeed him in the 29th District, which included Brevard County and Indian River County. In the Republican primary, he narrowly defeated Erin Grall, J. Roger Shealy, and Bob Dale, winning 31% of the vote and defeating Grall, the second-place finisher, by only 280 votes. He was unopposed in the general election.

When Florida House districts were reconfigured in 2012, Goodson opted to run in the newly created 50th District, which included the territory that he had previously represented in the 29th District, but dropped the Indian River County sections in favor of Orange County sections. He was opposed by Sean Ashby, the Democratic nominee and a high school teacher. Goodson campaigned on working for “fewer regulations and easier permitting to help businesses.”The Orlando Sentinel endorsed Ashby over Goodson, noting that Ashby “strikes a much better balance than Goodson between making Florida more business friendly and other priorities, including adequately funding education, protecting the environment, and safeguarding workers’ rights.” In the end, he won 53% of the vote and narrowly defeated Ashby by 4,000 votes to win a second term. Goodson was opposed in the Republican primary in 2014 by George Collins, and because no other candidates filed, the election was decided in an open primary, which Goodson won handily, winning his third term in the legislature.