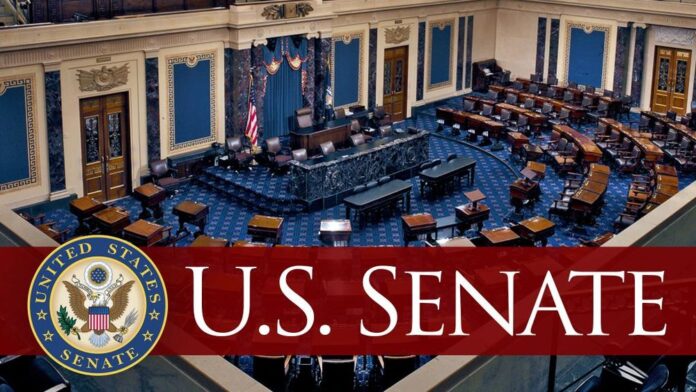 The results of the 2020 election continue to be finalized, but one possible outcome is an evenly divided Senate sometime after January 5, 2021. This raises questions regarding which party will hold the majority and who the majority leader will be, as well as whether we should anticipate a completely deadlocked Senate on every vote, among others. Here are seven things you need to know

1.) The party composition of the Senate may be decided by two runoff elections in Georgia.

Based on current projections, there will be at least 50 Republican senators in the next Congress. There will be no fewer than 48 Democratic senators. And two Senate races, both in Georgia, are not yet determined as they are headed to runoffs in January 2021.

Georgia’s election rules require a candidate to receive a majority of the votes cast in order to be declared the winner. If no candidate does so in the general election, a runoff takes place between the top two candidates. For the 2020 general election, that runoff would be scheduled on January 5, 2021.

In 2020, Georgia had two Senate races. Sen. David Perdue (R) was up for re-election as his regular six-year term will expire at the end of the current Congress. Neither Perdue nor his opponent, Jon Ossoff likely received the votes necessary to avoid a runoff.

Georgia also had a special election for its other Senate seat. Sen. Johnny Isakson (R) retired partway through his term—one scheduled to end in 2022—on December 31, 2019. Georgia Gov. Brian Kemp (R) appointed Kelly Loeffler (R) to fill the vacancy until the 2020 election could determine who would serve through 2022. Neither Loeffler nor her Democratic opponent, Rev. Raphael Warnock, seem likely to break the 50% mark.

In the event both Democratic candidates win the runoffs, their party will also have 50 Senate seats.

2.) The party composition of the Senate may change three times between January 3, January 6, and January 20.

The current Congress, the 116th, will conclude sometime between now and January 3, 2021, and at Noon that day the 117th Congress will begin (unless the date is delayed by an act of the 116th Congress). Here are the likely scenarios:

January 3: Even with both Georgia general elections undecided, Loeffler will still occupy the seat she was appointed to and currently holds, advantaging Republicans. Perdue’s term expires with the end of the 116th Congress and that seat becomes temporarily vacant.

January 6: The Georgia runoff is scheduled for January 5. Depending on how quickly the race is decided, the winners could be sworn in as senators as early as that evening, but most likely sometime after. The Senate is the judge of its own elections. If there are irregularities or the results are challenged, the winners may be delayed in assuming office until those are resolved.

January 20: Vice President-elect Kamala Harris, a sitting senator from California, will take the oath of office on Inauguration Day and then becomes President of the Senate. She will need to resign her Senate seat sometime before she takes the oath. That vacancy will also need to be filled.

3.) Tie votes in the Senate are broken by the vice president.

A Senate split evenly between Democrats and Republicans raises the potential for tie votes. Article I, Section 2 of the Constitution states that, “The Vice President of the United States shall be President of the Senate, but shall have no Vote, unless they be equally divided.”

The vice president may decline to vote on a tied matter. In recent history, the vice president’s presence in the Senate is a rare occurrence, but in an evenly divided Senate, he or she may need to break tie votes more often if the parties cannot agree. Senator Harris, the vice president elect, may not be getting far away from Capitol Hill after all.

4.) Breaking ties is not the limit of the vice president’s duties as President of the Senate.

The position of President of the Senate makes the vice president the presiding officer of the chamber. In modern practice, that duty may be and often is delegated to a senator in the majority party, but as stated above, in a split chamber the vice president might expect to preside more often.

Important duties of the vice president, according to the Congressional Research Service, as presiding officer, include:

5.) The vice president is key to determining which party can carry a majority in the event of a 50-50 Senate.

The vice president’s duties noted above have implications beyond any individual matter before the Senate. In a split Senate, the vice president’s tie-breaking authority, combined with his or her authorities as the presiding officer, may determine which party can carry a majority of the Senate at any time, and therefore, set its agenda, bring nominations and measures to the floor, assign committee rosters and leaders, and so on.

Hypothetically, if both Democratic candidates are sworn into office on January 6, the Senate will be split 50-50 and Vice President Mike Pence will still be the President of the Senate until January 20. Absent some other agreement, Republicans should be able to maintain majority control over the Senate on any matter where they can keep their conference unified and gain the support of the vice president in the event of a tie.

On January 20, after Kamala Harris has taken the oath of office—and assuming her seat is promptly filled with a Democrat by Gov. Gavin Newsom (D-CA)—the Democratic Party should be able to maintain majority control of the Senate.

6.) The full Senate does not select the majority leader.

The possibility of a tied Senate has brought questions about who would become majority leader, since most Americans and—for better or worse—senators are accustomed to this position holding great power and discretion.

Senate rules and precedents do recognize the role of the majority and minority leaders, despite the fact that they are not official officers of the chamber. Importantly, the majority leader enjoys the privilege of first recognition on the floor under current precedent. This is one of the primary mechanisms by which the majority leader actually controls the Senate.

In a 50-50 Senate, the leader of the vice president’s party would likely be recognized as majority leader, as has been past practice.

7.) We’ve had a split Senate before, and they mostly figured it out.

The most recent 50-50 Senate occurred following the 2000 election. Sens. Tom Daschle (D-SD) and Trent Lott (R-MS), then Democratic and Republican leaders of the Senate respectively, formed a powersharing agreement to guide the chamber. Key features of the agreement included:

The agreement remained until there was a mid-congress party switch by Sen. James Jeffords of Vermont, formerly a Republican who became an Independent caucusing with the Democratic party. Democrats then had a 51-49 majority.

Leaders may also look to the state legislatures for best practices. BPC and Fair Vote examined this in a report, Best Practices for Collaborative Policymaking: Learning from Power-Sharing Arrangements in State Legislatures. While 50-50 Senates have thus far been rare in our country’s history, the chamber is capable of operating through the uncertainty and seeking to live up to its moniker, “the world’s greatest deliberative body.”