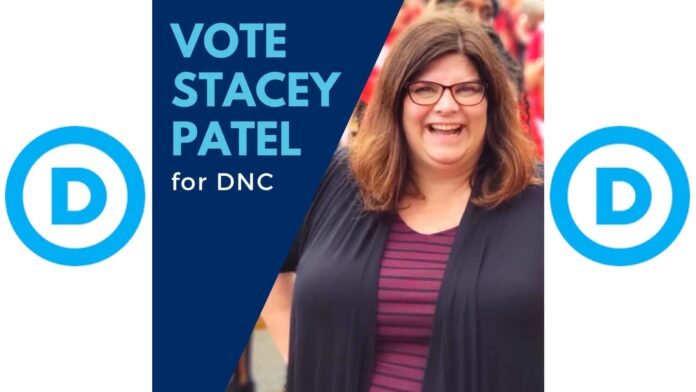 It’s clear the time has come for real change in the Florida Democratic Party (FDP). I’ve decided to run for DNC to be the change I wish to see. The election will be held tomorrow; if you are a member of the the State Executive Committee, I’d be honored to earn your vote. If you’re not a member, you can share your support by reaching out to your county party & asking to speak with your State Committee(wo)man (https://www.floridadems.org/our-party/local-parties/).

As a member of the State Executive Committee, I’ve served as an outspoken advocate for critical reforms, including financial transparency and ending the weighted vote to expand representation and bring new voices to the table. I was also involved in efforts that led to the FDP’s rejection of private prison money and I’ve built a reputation as a Party reformer, and a passionate voice for progress.

For the last four years, I served as Chair in a deep red county that’s demonstrated real progress, so I understand the work that’s required to make Democratic gains in the state of Florida. During my tenure, our local Party expanded membership by over 400%, grew fundraising by nearly 300%, increased the number of Democratic elected officials in Brevard by 50%, and won the Florida Democratic Party’s 2017 “Golden Gavel” award for knocking the most doors of any county Democratic Party in the state. From 2016-2020, the Brevard Democrats completed nearly half a million knocks on the doors of local voters with a team of over 1,100 volunteers.

During the 2020 presidential election, the New York Times reported that Democratic margins improved in Brevard from +20R to +16R between 2016 and 2020, bucking the trend of Republican gains statewide. Democratic turnout also increased in Brevard by 4 points to over 81%, and Democratic mail ballot registration more than doubled.

I share this because I’ve learned a lot from the past four years, and I believe my voice would be valuable both as a member of the DNC, and as a member of the FDP Budget & Finance Committee on which DNC members serve. I have also twice served as a delegate to the Democratic National Convention.

Prior to my election as Chair in Brevard, l managed large-scale organizational transformation efforts in the public, nonprofit and for-profit sectors. I also have experience in social media fundraising, project management, small business ownership, and non-profit leadership. I’m a lifelong Democrat, and earned my graduate degree from Carnegie Mellon’s Heinz School of Public Policy.

I’d be honored to represent you as a DNC member, and truly hope to earn your support.