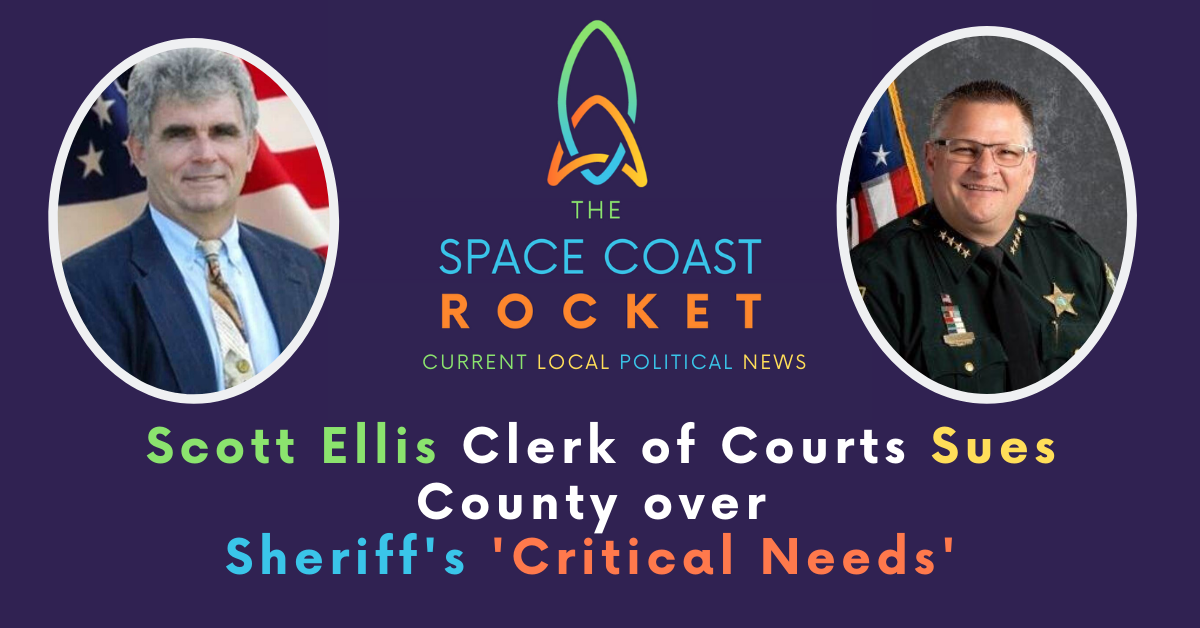 In July the County Commission voted on Sheriff Wayne Ivey’s request to exceed the charter cap in order to increase his budget under what he classified as a list of critical needs for his department. The vote passed 4-1 with Commissioner John Tobia against the measure, and went into effect October 1st. Tobia suggested that the county should have reworked its budget plan, and cut expenses elsewhere if it wanted to give the sheriff more money instead of increases spending.

Under the charter, there is a limit (cap) on how much property tax rates can increase. However, if a department request an increase in the rate under the claim of critical needs, the Commission can then “bust the cap” with a super majority vote in support of the increase.

Many residents came out in opposition of this increase in property taxes, and scrutinized the process and the transparency of the Sheriff’s spending habits. Speaker which were mostly republicans, praised the job the Sheriff was doing, but did not support him asking for increased spending. They were critical that the Sheriff offered no cuts in his existing budget to try and reallocate to the items on his critical needs list.

In the critical needs declaration, the Sheriff cited numerous items. He listed a need for more deputies and recruitment issues blaming a relative low starting pay for new deputies compared to other law enforcement agencies. Ivey claimed this was the cause of a high turnover rate among deputies leaving BCSO for higher paying jobs. He also claimed the need for new vehicles, and equipment such as tasers exceeding their warranty periods.

Several speakers brought up spending on his numerous social media shows like ‘Cooking up Justice’ or ‘Fishing for Fugitives’ and the cost of their production. Commissioner Isnardi stated she loves his presence on social media and said it shows he connects with the community. There were also complaints of the accessibility to the Sheriff’s actual line item budget to see where money is currently being spent. In response, Commissioner Lober stated that it’s not really reasonable to expect a line item budget from a department that size.

Clerk of Courts, Scott Ellis disagrees. He has filed a lawsuit against the Commission. In this legal action, Ellis said the county is improperly basing a future year’s tax rate on the level established by the previous year’s critical need.

In 2008, the Brevard County charter was amended by a vote of county residents to impose limits on the annual growth in property tax revenue. The cap is the lesser of 3% or the percentage change in the consumer price index, not including tax revenue from new construction, unless the County Commission declares an emergency or critical need that would allow the limit to be exceeded.

In his complaint, Ellis said the county has improperly “taken the position that the excess rate shall establish the baseline for purposes of calculating the following year’s budget, thereby allowing the critical need declaration and the excess rate it supported to remain in place in perpetuity.”

Shortly after the passing of his request, Sheriff Ivey filed for reelection. He currently is running unopposed and has already raised $53,559 in just two months of fundraising according to campaign finance reports. The majority of his donors are law enforcement officers and their spouses, showing support of his efforts.

Ellis is well known for his conservative budget measures and has gained the reputation of a watch-dog on spending and fighting corruption. He is not seeking reelection this year but has endorsed Rachel Sadoff, his deputy to replace him.