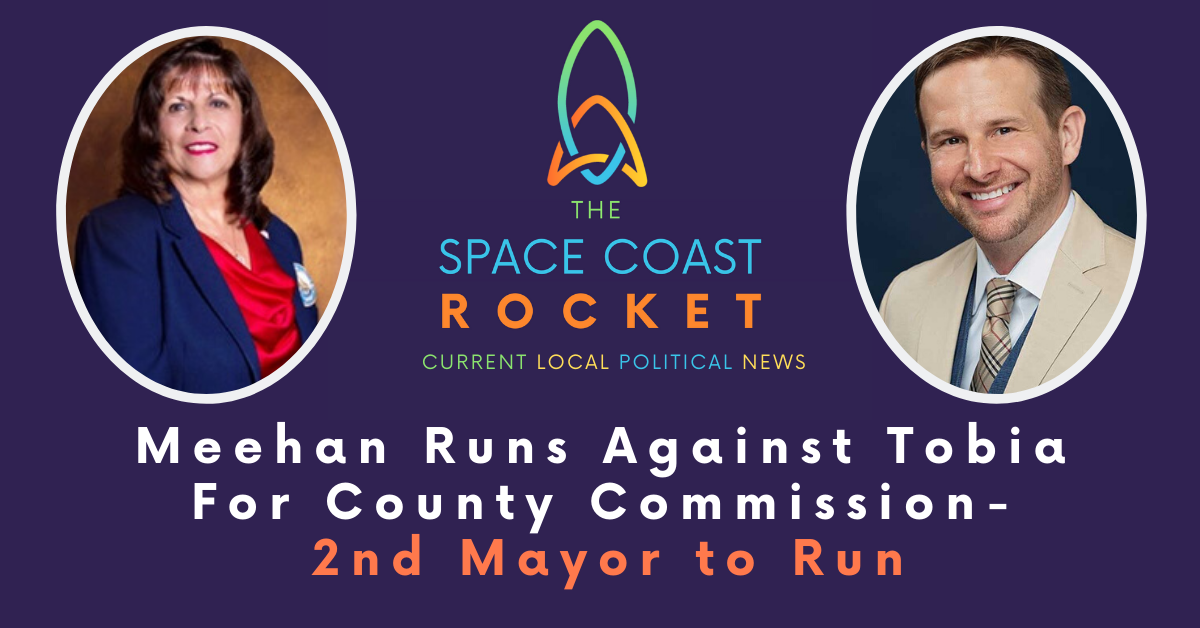 Mayor Kathy Meehan is the current Republican mayor in Melbourne, FL. She was the first female mayor in Melbourne and is affiliated with Meehan’s Office Products in downtown Melbourne. Mayor Meehan completed two terms as a council member before being elected as the Mayor of Melbourne in 2012. She is 64 years old, attended Florida Institute of Technology, and has worked as a Case Manager with Community Care for the Elderly.

At the 2018 Brevard Delegation meeting, Mayor Meehan was involved in the controversial discussion about CRAs. Many stated that there was a conflict of interest because the Meehan family owns several commercial rental units within the Melbourne CRA.

Commissioner John Tobia was first elected to the Brevard County Commission in 2016. Before that, John Tobia served in the Florida House of Representatives from 2008-2016 which includes southern Brevard County. John is 41 years old, attended the University of Florida, and has his Masters degree in Political Science.

Commissioner Tobia is known on the Brevard County Commission as a conservative who does his research and fights for what is right for his constituents. He is known as a fiscal conservative who believes we should not have more government bureaucracy.

This year he voted against more government regulation regarding an ordinance for puppy mills. The proposed ordinance  would change the county code to prohibit pet stores from selling dogs obtained from puppy mills.

He also voted against the critical needs request to bust the cap for the Sheriff budget without being shown a detailed line by line item and a critical need in the community.

He believes in the charter cap which was approved in 2008 and supported by over 70% of Brevard voters who cast their ballot on the particular county charter amendment.

“I welcome Mayor Meehan into the commission race. She will provide voters a strong liberal option that I cannot contribute. ”
John Tobia

Mayor Meehan has not yet responded for comment on the announcement. The article will be updated once she does. She is the second sitting mayor to file for a seat on the county commission this election cycle. Mayor Capote of Palm Bay has also filed against Kristine Isnardi of District 5.

“I welcome Mayor Meehan into the commission race. She will provide voters a strong liberal option that I cannot contribute. ”
John Tobia