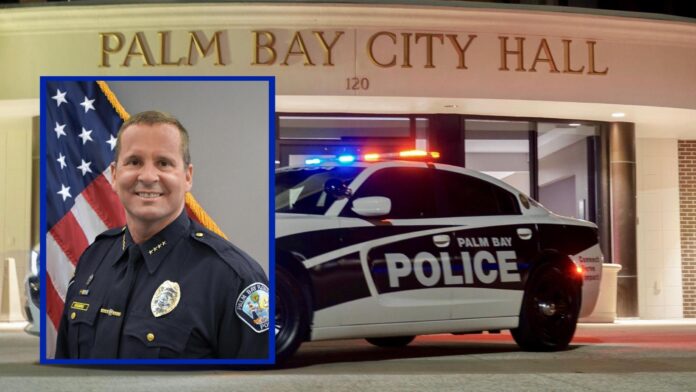 Palm Bay’s most recently retired Police Chief Jim Rogers passed away last night. The circumstances of his death are still under investigation. This is a developing story.

Chief Jim Rogers was sworn in officially as Palm Bay’s Chief of Police on July 20th, 2017.  Chief Rogers replaced retired Chief Mark Renkens and is a veteran officer of the Palm Bay Police Department.  Rogers began his career with Palm Bay in 1987 before being named Deputy Chief in 2015. His roles and duties included the SWAT Commander, Patrol, Criminal Investigations, Professional Standards, Youth Services and the Communications Center. Rogers was a graduate of the FBI National Academy and the Southern Police Institute, with an undergraduate degree in Criminal Justice Administration and a master’s degree in Political Science.