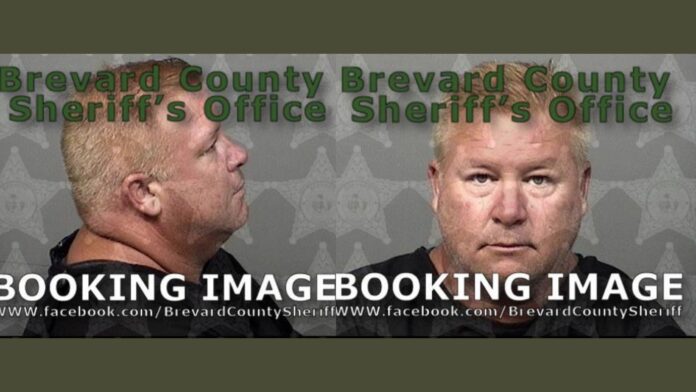 The listed charges in the arrest affidavit are; second degree grand theft, criminal use of personal ID information over $5000 injury, and organized fraud $20,000 or more less than $50,000.

Organized fraud is a specific criminal offense in Florida that involves creating a scheme to defraud others of money or property by concealing the identity of the sender and sending a personalized sales message to the victim or victims.

He potentially faces up to 30 years in prison for the charges.

No other details on the specifics of the charges were immediately available from St. Lucie County.

Brian Morrell reportedly was contracted by the City of Palm Bay for physical security services including access to restricted areas. His contract was initially awarded by the City before Lisa was promoted to City Manger from the Director of IT, but reportedly continued once she was in the position.

Last July, Lisa resigned from her position as City Manager without explanation.

Anderson declined to disclose details on Morrell’s resignation. But he said, “I thought there were some issues that could not be overcome,” so he raised them with Morrell and City Attorney Patricia Smith in Morrell’s office. He said they reached a separation agreement to bring to the City Council.

“When people put confidence in you, and they have complaints about something and they don’t get addressed — and you just let it sit for six months — that is not going to be the best scenario for our city,” Anderson said.

“I had little choice in what I am doing here today. I take no pleasure in this whatsoever,” he said.