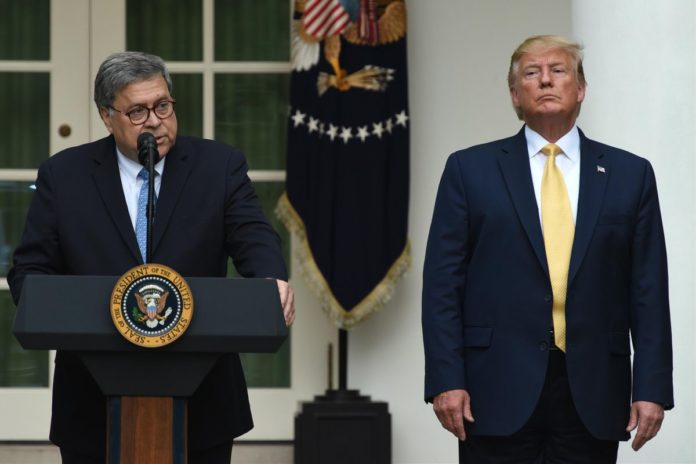 She took to Facebook today to denounce the actions of those who have turned peaceful protest into violence and destruction. Echoing the words of President Trump and Attorney General Barr, her words are as follows.

I stand 100% with the words of our President and Attorney General.Barr said “Groups of outside radicals and agitators are exploiting the situation to pursue their own separate and violent agenda.

In many places, it appears the violence is planned, organized and driven by anarchic and…far left extremist groups using Antifa-like tactics.”Outrage over over Floyd’s death is “real and legitimate.”

“Accountability for his death must be addressed, and is being addressed, through the regular process of our criminal justice system, both at the state and at the federal level,” he said. “That system is working and moving at exceptional speed. Already initial charges have been filed by the state. That process continues to move forward and justice will be served.”

Our President said earlier, 80% of the RIOTERS in Minneapolis last night were from OUT OF STATE. They are harming businesses (especially African American small businesses), homes, and the community of good, hardworking Minneapolis residents who want peace, equality, and to provide for their families.I couldn’t agree more. Opportunists and extremists are taking advantage of a tragedy to push their own agendas and cause harm to great American citizens and businesses.

We must stand together as a community, and hold those responsible for destruction accountable.

Adkins has been in a contentious race so far against Fine with him coming out early with mudslinging attacks and accusations of anti-Semitism without any evidence. Representative Fine has a frequent history of playing this card in what seems to be a tactic to distract from the issues or his record. He has even gone as far as to use a publication (Florida Politics) whose owner is known for being jailed for extorting politicians for favorable paid articles. His campaign finance reports show a history of paying them over the years.

Adkins has dismissed the attacks as baseless and without any place in reality.