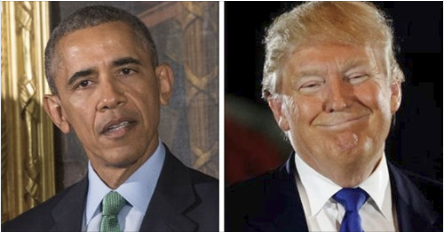 President Trump has ended former President Obama’s 12-year run as the most admired man in America, edging out his predecessor in the annual Gallup survey released Tuesday.

The sitting U.S. president has been named the pollster’s most-admired man in 60 out of 74 years, including all eight years of Obama’s presidency and every year of George W. Bush’s presidency except for 2008. Trump had finished second to Obama in 2017 and 2018.

Among Republicans surveyed, 48 percent of respondents named Trump as their most admired man. No other public figure got more than 2 percent Republican support, according to Gallup. Among independents, both Obama and Trump received 11 percent support. Fauci was the choice of 5 percent of Democrats but just 1 percent of Republicans.

ABOUT US
Your only dedicated source on the Space Coast for current local political news. Get facts, ask questions, get answers.
Contact us: editor@thespacecoastrocket.com
FOLLOW US
© 2020 The Space Coast Rocket - All Rights Reserved Designed by The Social Wizards
MORE STORIES
1st Amendment