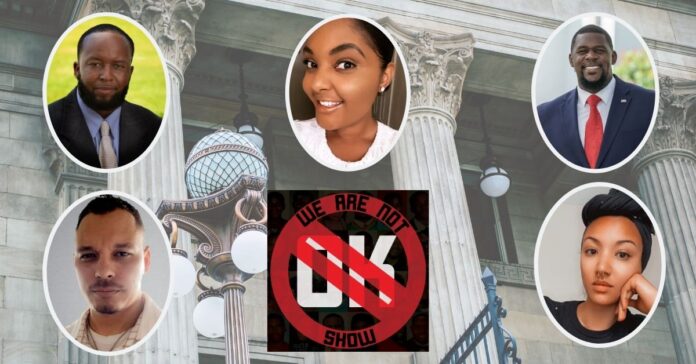 Tonight at 8pm, the National podcast, and live talk show ‘We Are No O.K.’ will feature a panel of leaders to discuss the recent Brevard County Deputy shooting of two Cocoa teens.

The panel will feature guest speakers:

The panel will also speak on the 13th Amendment passed by Congress on January 31, 1865 which abolished slavery. However, voters in Utah and Nebraska approved measures this month stripping references to slavery from their state constitutions.

In Nebraska, 68 percent of voters approved and 32 percent rejected an amendment to remove language on the use of slavery as a punishment for convicted criminals, Ballotpedia reported.

Voters in Utah came out strongly in favor of a measure to remove slavery language from the state’s founding document, with 80 percent in support and 19 percent against.

While the provision has not been invoked in recent history, it was once used to force former slaves back into unpaid labor for private parties, and later for convict leasing.

A similar provision was passed in Colorado in 2018, removing language from its state constitution that permitted involuntary servitude as criminal punishments.

The panel will also speak on the act of “forgiveness.”

We Are Not O.K. is a show that gives a voice to the unheard around the country. The show can be watched live tonight from the Facebook page linked below.